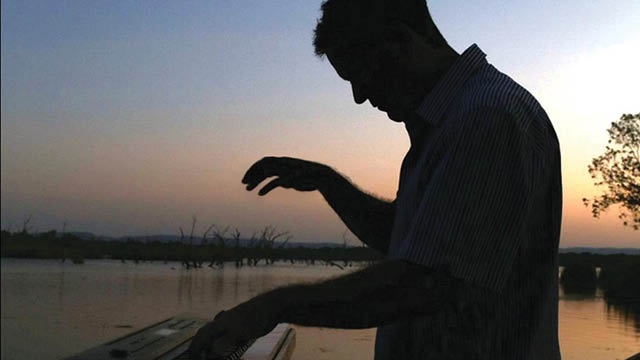 SILHOUETTES of SONG is the first album from Northern Territory singer/songwriter Murry Rhodes.

Self-recorded, each track is stripped back to just Rhodes on the cool piano, showcasing his smooth timbered vocals. From his sultry tone on the legendary track ‘Fever’ to his heartfelt delivery of ‘Hallelujah’ Murry Rhodes is a talent to share with friends and family.

For the past 2 years, Rhodes has been a travelling man, performing across Australia, engaging with locals and alike in clubs, pubs, cocktail bars and caravan parks. Playing old time favourites that satiate the crowd, Rhodes music is for lovers of Billy Joel, Louis Armstrong, Etta James and the Blues Brothers. Performing across a wide range of covers and a number of original songs, written by Rhodes that moves the soul.Rhodes’ mobile home (a travelling bus) is equipped with a built in studio and records everything live. Be sure to catch the travelling musician at your local watering hole and expect to be seduced with Rhodes’ unique powerful performance that reflects Rhodes’ exciting exploration of music and life.

The debut album will be available online as well as on physical CD copies from 16th December, 2016. You can catch Murry Rhodes over the holidays in Darwin at The Hub, Palmerston on: Friday’s 23rd December and 30th December.