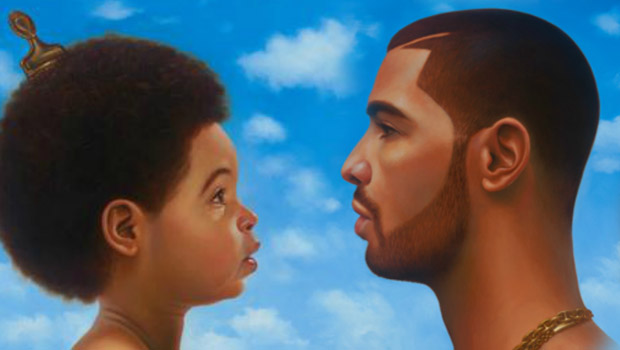 In the lead up to the release of any widely sought after album there are two certainties; one, the artist in question will herald the upcoming body of work as his or hers ‘best to date,’ and two, the album will leak ahead of the official release. The later is as definite as night and day; in addition to this eventuality, unfortunately for artists, instead of leaks springing up days before the scheduled release, it is now weeks. Hip Hop juggernaut Drake is the latest in a string of artists to fall prey to this phenomenon; third album ‘Nothing Was The Same’ hit the web a week and a half before it’s officially release on Monday; prematurely devoured by all who could find a link.

Piracy has been a prominent issue in the music industry ever since the rise and subsequent fall of peer to peer file sharing service, Napster. Whilst the record labels may have won that battle, they are arguably losing the war; according to BPI, UK album sales fell by 11.2% in 2012 and that followed a 6% decrease in the previous year. Despite the victory scored against Napster, the ensuing surge of illegal activity was inevitable; in 2001 when KaZaA (a similar service to Napster, based in Holland) was forced by an Amsterdam court to cease activity, attorney Christiaan Thijm remarked, “The minute we take down our website, mirrors will be appear.”

The statement was hauntingly accurate; more than eleven years later record labels and their representatives continue to pursue similar offenders in a never ending game of cat and mouse; catch one and five more spring up in its place. Earlier this year when popular torrenting website ‘Kick Ass Torrents’ (aptly named) eventually succumbed to the grips of the United States Government and its DMCA (Digital Millennium Copyright Act), mirror sites sprouted of within a matter of days, perhaps epitomizing the problem. You can catch one but you can’t catch them all.

Given the near impossible prevention of duplicate websites, it us the consumers who have now become the target of desperate record labels. In the early days of September it was reported that various music companies had asked Broadband providers to create databases consisting of the information of those who illegally download music. Of course this was met with a wave of criticism; many were concerned with the ethical implications of such procedures. The complaints had privacy issues at heart as the proposals allegedly interfered with the Data Protection Act.

Broadband providers recognised the sensitive boundaries being interfered with; as a result they were not entirely receptive to the proposals on the table. A ‘TalkTalk’ spokesperson had this to say, “We are involved in discussions about measures to address illegal file-sharing and ultimately would like to reach a voluntary agreement. However our customers’ rights always come first and we would never agree to anything that could compromise them.”

Many competing and equally contentious issues exist when attempting to eradicate piracy, so much so that even the introduction of fresh legislation provides no guarantee of effective regulation. The 2010 ‘Digital Economy Act’ was intended to curb piracy by issuing warnings which could potentially result in broadband disconnection. However, the outcome has been a far cry from what the record companies and labels would have hoped for. Plagued by legal troubles since its introduction, the act; otherwise known as the ‘DEA,’ has been the subject of severe criticism from all quarters. The Internet Service Providers Association (ISPA) described the act as ‘not a particularly good piece of legislation’ and added that ‘The fact it hasn’t been implemented is a good thing.’ Talks have begun with Prime Minister David Cameron to resolve the situation and despite his contrasting claims; it is unclear whether the Tory leader views the topic as a priority. What may offer Mr Cameron some solace is the fact that this issue is not one isolated to the shores of the United Kingdom. In France the controversial ‘Hadopi’ law (which would disconnect suspected infringers) had only been in effect since 2009 before being scrapped under a barrage of criticism earlier this year. Barring members of the public from the internet is clearly a no go, especially with many legal scholars now describing access to the internet as a ‘basic human right.’

For those working to prevent piracy, the outlook appears bleak and it seems the music industry are fighting a lost cause (Although Jay Z, Samsung and co may be on to something). Artists around the globe are ultimately powerless to prevent their product; which have sometimes been years in the making, reaching the public ahead of schedule and eventually taking a slice out of their wage packet. After all, despite the nonchalant attitude we as consumers may take to the topic, we are in effect depriving individuals of their just rewards. Nonetheless, given the inescapable level of wealth enjoyed by prominent musicians, several find it hard to be sympathetic. They are the furthest thing from you and I, but what about the common man?  The Institute for Policy Innovation reported that the harm caused by music piracy could be totalled at an annual bill of $12.5 billion. Despite that huge figure, it was the sum of 70,000 which caught the eye; representing the alleged number of jobs which were lost due to piracy, approximately $2 Billion in wages.

This is the element of piracy many do not contemplate, some think they are indulging in a digital more contemporary version of Robin Hood’s infamous motto, ‘Steal from the rich and give to the poor.’ However, in reality many of us are the cause for thousands purportedly losing their jobs. Upon hearing this, will all suddenly feel urged to put a halt on acquiring music illegally? There is what some see as the unrealistic expectation for you to have purchased every single piece of music that calls your iPod home. The total sum accumulated in the personal iTunes of most consumers would stand in the thousands; money most simply cannot afford to spend on luxuries.

Will new legislation and the revelation of startling figures help stem the flow of illegal downloads? Probably not. Drake on his new album described our generation as one ‘lacking in patience.’ Does this line hold context in the discussion as to why his own album surfaced online and was then downloaded by millions long before they were legally obliged? I would say no.

Today’s fans are no more impatient than those who purchased records twenty to thirty years ago, more the fact that in this day and age, hunger for music can now be satisfied by the internet. The instant gratification that a simple search on Google provides means that Nothing Was The Same and whilst record labels and music companies struggle to come to terms with this reality, fans will continue to exploit this unrestricted landscape for all it’s worth.