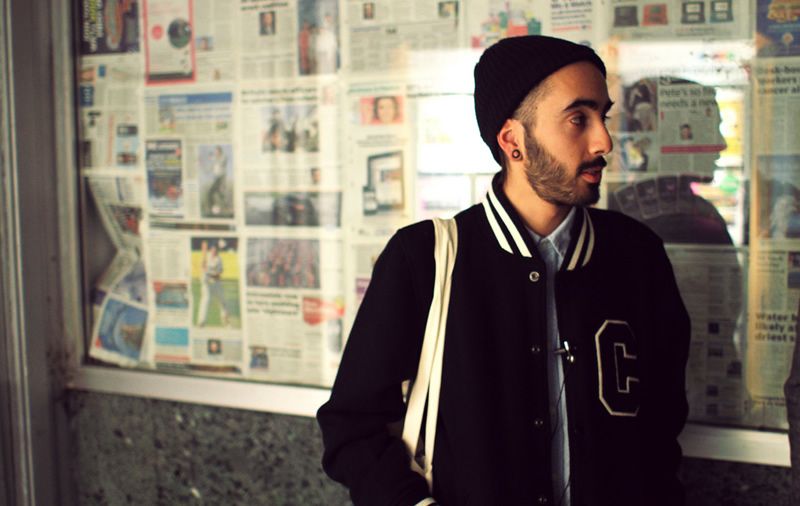 Midlands’s producer Jakwob shot to fame back in 2009 with his captivating remix of Ellie Goulding’s ‘Starry Eyed’. He followed up the track’s success with a heap of remixes featuring the likes of Lily Allen, M.I.A, Jessie J, and most recently Lana Del Rey. If DJing, producing and songwriting wasn’t enough, Jakwob has also found the time to release a brand new EP called ‘The Prize’. We thought we’d treat all you Jakwob fans to an exclusive chat about his new EP featuring Kano, Mr Hudson, Ghostpoet and why he would like to be stranded on an island with Jimi Hendrix, David Guetta and Lady Gaga… Your climb to the top of the electronic scene seemed to happen very quickly; did it take you by surprise?
I originally leaked that Ellie Goulding remix online, and it just got blogged all over the place, which led on to loads of different things. It was pretty bizarre, especially as it literally happened overnight.

Your recent single ‘Electrify’ is described as a “dubstep anthem”. Were you at all surprised by its success?
It was a great introduction as to what I was about. I actually wrote in over a day, I really enjoyed making it, and you can’t really ask for much more to people having such a positive reaction about it.

You recently polled on Mixmag’s top 5 breakout DJs of last year. What’s the recipe to gaining popularity?
I guess it’s all to do with staying positive with your music. I am doing as many shows as possible, and I love djing and going to some wicked places. It’s also good keeping up to date, fresh and not letting things get stale.

What song do you wish you’d written or produced?
Everything that J Dilla has ever laid hands on, I wish to have been a part of it whilst sitting at the back of the studio been a fly on the wall. [Laughs]… Hudson Mohawke’s new stuff is also ridiculous. All his stuff is amazing.

If you were to send a fellow musician to prison for crimes against music, who would it be?
There are too many people. I could drop one name, but I mean pop music is just in shambles at the moment. It’s really, really terrible as there’s not much originality at all. Not saying that I am any better, but pop music is always controversial I mean because there’s so much money behind some of these artists, which means they are able to get a lot of exposure and manage to sell a lot of records. I find it very bizarre.

Tell us a bit about your current singles ‘Island’ ft Ghostpoet and ‘Please’ ft Kano…
I love them both, and I think they respect exactly what the music is about. I am just excited for people to hear something really original by myself, and I hope many people as possible will understand it. Everyone else on the mixtape that I have collaborated with also have the same sort of mentality when it comes to creating new stuff.

Out of interest, when was the last time you said please?
I’m not sure, but I say it all the time.

If you were stranded on an island which three musicians would you take along?
It would be nuts to have Jimi Hendrix on a stranded island, I’d love to meet him along with David Guetta and Lady Gaga.[Laughs]… You’ve released various songs and EPs over the years. Are you nervous about putting out a whole album?
Yeah, I have got an album coming up but I’ve been writing consistently now for three years. I’ve been developing a writing format so as I write one song, which I think is the best the next week I write a better one. There’s no fixed date at the moment, but we are nearly there, but hopefully we can release a few more singles from the EP before that happens.

You discuss everything from tribal people with Ghostpoet to Mr Hudson revealing a vivid incidence on your EP. How did you manage to get these artists to open up for you?
Whenever anyone comes down to my studio working on a track and I’m producing, I just tend to make sure they don’t do the same thing they do on their own records. I like to take them out of their comfort zone and not think of the audience, and that’s how it kind of happened.

TV mogul Simon Cowell is at present preparing a new reality show to find the world’s next best DJ. Would you consider auditioning?
It sounds like the most mental idea; I can’t even comprehend what it will consist of or what people will be on it. I really don’t know… [Laughs]

You recently toured with Wretch 32. What was that like?
He’s a lovely guy and very generous. His touring crew is mental. They literally got on it every night on the tour. Wretch is a proper party man who knows how to enjoy his life.