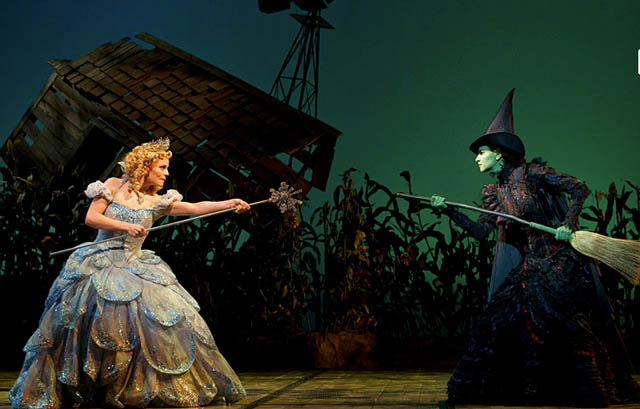 London’s West End is home to some of the greatest stage shows in the world, with amazing actors and singers, beautiful choreography and stories that will tug at your heart. With some shows that have stood the test of time like Andrew Lloyd Webber’s Phantom of the Opera, and more modern spectacles like Wicked, there is something to delight even the most seasoned theatre goer, and if you are new to stage musicals, there are a wealth of fantastic shows to see. Here we look at some of the must see theatre shows currently available in the West End:

If you have a taste for alternative versions of stories, such as the hit movie Maleficent, you will love Wicked. It is set in the world of the Wizard of Oz, and gives the back story of the famous witches, explaining why there were both good and ‘wicked’ witches. For a cool story that really makes you root for the antihero, and great music and costumes, this is a true must see. Jersey Boys has been a major hit in both the US and UK thanks to its great choreography, touching real life story, and those hit songs that everybody knows. Based on the life of Frankie Valli, and full of hit songs by the Four Seasons, you will find yourself humming along or, if you are of the younger generation, marvelling at how many of the classic songs you know actually came from this group. The story has drama, romance and sadness, but the fast paced choreography and terrific acting keep you on the edge of your seat, making Jersey Boys theatre breaks a great choice if you want to see an enthralling and genuinely entertaining show. Featuring all of the great songs from the classic Disney movie, the musical stage version of the Lion King is a must see for those who have loved the film. Perfect for families or adults, it has amazing costumes, incredible athletic dance routines, and songs you will remember forever. The way that the actors transform themselves into the animals of the African Savannah is pretty incredible, and you will find yourself drawn in to Simba’s journey as you watch what you know are really human actors portray it through song and dance!

The Phantom of the Opera While the music may be seen as ‘pseudo opera’ by opera aficionados, this long running musical brings to life the dark and creepy Parisian world with a sinister Phantom troubling the singers and ballerinas who perform on the stage. Haunting and dark, it is an interesting story, but it is the memorable and anthemic tunes that will make this show stick with you long after you see it.

London has so many great shows to see right now, and whether you want an epic adventure, a true life story, songs you know and love or a new take on an old tale, it has something for you!