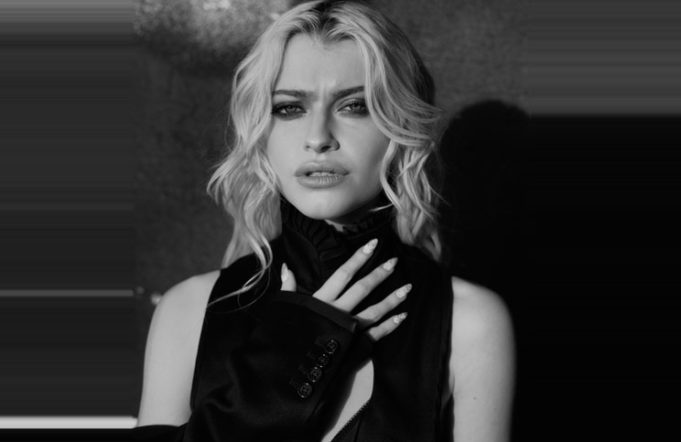 Alongside her, every step of the way has been her songwriting mentor Kee Ingrosso, wife of Sebastian Ingrosso, and co-writer of J.Lo’s On The Floor among others. Not bad. If that’s not enough, she impressed will.i.am so much after a one-off meeting on a night out that he’s become a mentor, helping kickstart a major label rush that was won by Virgin Records in the UK and Capitol Records in America.

“hose are the elements I grew up with. I love the old music videos where the choreography was so fierce and of such a high standard. I want full on choreography, theatrics, acting, and absolutely loving being a pop star. I’m also heavily influenced by old Hollywood glamour. I love that aesthetic, so there’s always a nod to that too.

Visual intro video ‘My Name Is Alice’ comes with a video that screams superstar in big letters. “It’s a visual introduction to me and welcoming you to my Alice world,” she says excitedly. So why is there a massive spider in it? “The spider is called ‘Baby A’, and the spider is the fierce side of me because sometimes I can be a little bit shy or goofy, but when I’m ‘Baby A’ I can fight my demons and be a fierce woman who doesn’t take any bullshit.”

And that right there is Alice’s M.O: a proper, multi-faceted pop star who can actually properly sing, dance and perform, who is as vulnerable as she is fierce. “I just love pop bangers that make you feel amazing and make you want to dance,” she says. You can’t say fairer than that really.