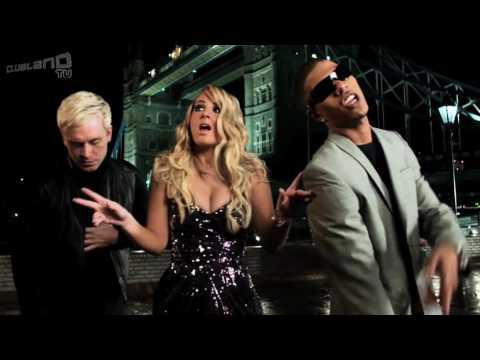 It has now been officially confirmed that music trio N-Dubz have signed a US deal with Universal division Def Jam, after singer Tulisa Contostavlos accidentally let the cat out of the bag on Twitter earlier this week. There had been speculation that some of the various controversies surrounding members of the group, in particular Dappy, might scupper the deal, but the label’s vice president of A&R Max Gousse told BBC Newsbeat that this was all “part of the appeal”.

Gousse also confirmed that the trio’s debut release for the label would combine material taken form their first two albums with newly recorded songs, saying: “We’re going to get them [into the studio] with Dr Luke and Jim Johnson and some of the other top producers in the US and work on a worldwide push”.

Referencing the band’s tendency to get themselves into trouble and his decision to sign them, he added: “They can get in trouble – it’s OK, I don’t mind. It’s part of the appeal. I flew over a few months ago and checked out a show – the fact they’re really great entertainers really sold me”.