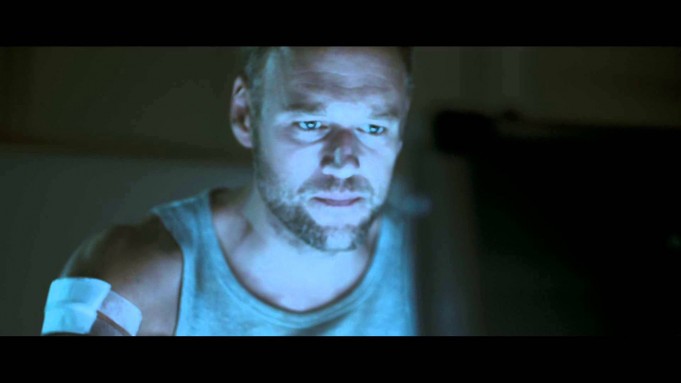 Starting off in the year 2042 a young man is under pressure to infiltrate some kind of futuristic system before he gets caught, taking some sort of gun to his head and pulling the trigger before he is taken down.

Jumping back to 20 years previous to these events, all drugs have been legalised and freely available to buy through drugs companies. Frank Grieves (Elliot Cowan) is a new type of cop, a dreck, who roams the streets in order to make sure any black market traders are kept off the streets. Frank discovers what looks like a mutilated body, after an investigation the body can’t be identified and the corpse has an unidentified drug in his system.

For the next hour your constantly kept guessing as to what the hell is actually going on, we follow Frank as he uncovers clues about the mystery man and trying to overcome his own drug demons and keep his family from falling apart. Finally, when the story does start to unfold and make some sense a young woman (Elodie Young), another who is unidentifiable, shows up at the original crime scene, when eventually she claims to be from the future but won’t give much else away.

Although set in London only a mere 7 years from now, London is quite unrecognisable, the setting is quite otherworldly, dystopian would be a better word. Considering the legalized drugs storyline is the main plot behind this film, it’s also very much overlooked and not given enough time to be explored or information to be obtained from it all. It’s just there, in the background, niggling away wanting to burst through but never quite gets its big moment.

The one stand out is the performance from our actors, Cowan gives a deeply emotional performance as Frank and we have good back up support in the form of Jonathan Pryce and James Callis as Todd Ambro, the man behind the suspect drug company Ambro. Callis’s character felt like it would be right at home in the Hunger Games.

A sci-fi thriller with so much promise but it’s full of plot holes, with way too much going on, a bit of a mess and has with no real explanation or character setting to make you feel any connection with the film at all.

NARCOPOLIS is out in UK cinemas 25 September.