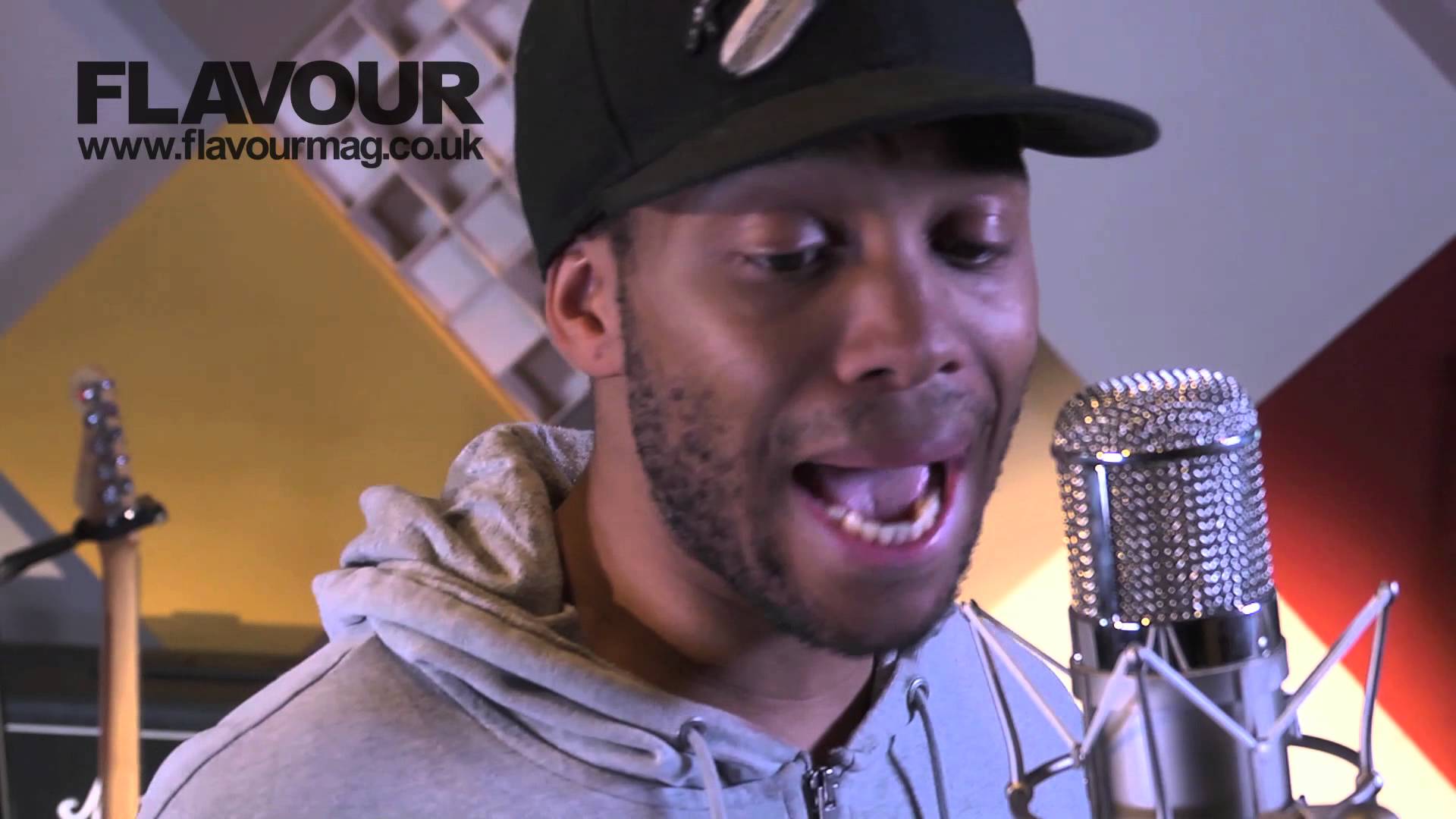 Twenty-two year old Nate Young (formerly Young Nate) is not necessarily a newbie to music having been plying his rich and brilliant vocals since the age of fifteen in a public sphere but Nate is one of the UK vocalists that stands out as a singer and songwriter. Obviously others singers write to a degree but Nate rolling down that essentially independent route does in many respects hold the song writing aspect in an even more important role than the singing. Hooking up with Nate at the Red Bull Studious his passion is clear as he speaks about inspirations like Sam Cooke. Flavour got a chance to see Nate drop an acoustic performance of his latest track Someone Loves You. The performance was absolutely awesome and even though as some of you might know in the world of film there will be take after take to get five minutes of magic Nate laid down on point vocals every single time a sure sign of a professional. Aside from that Nate is a really laid back and humble guy who has got to where he has by the old fashioned means of grafting, Flavour likes him!

When I left school I started doing talent shows and then months down the line started doing clubs and stuff and from there I got studio time and then my tracks got radio play. Throughout that whole summer of leaving school in year eleven I was doing a show every day and making sure I got out there and people saw me performing and stuff and then I got the links and then people eventually people started taking me seriously.

Give me a job!

I have always loved singing it has been a natural thing but I really started putting myself out there when I was sixteen and the defining moment was probably when I was applying for my first job and I could not get a thing. That inability to get a job really sparked my drive because when I got my first pay cheque for singing and it was the same amount as my friends were getting doing part-time work: It was just a no-brainer and then it was like this is something that is viable and I can do it. I was basically performing through the weekend and then come Monday after a performance I was waking up like six or seven to go sixth form. It was like my part-time job and so it was more or less my equivalent of going through that whole stuff to get a part-time job.

I was inspired by songwriters who were singers and so my dad used to listen to a lot of Sam Cooke and I just loved listening to him. For me and a lot of other people, he was one of the best singers of all time. He inspired me a lot to sing in terms of emotion. It is not always about the notes but about the emotions and Sam Cooke embodied that and especially his song writing in tracks like A Change Is Gonna Come (1964) it still has resonance now as a track and it transcends so many different generations and so it was Sam Cooke that really inspired me to write.

Making his own luck.

I have my own studio so I generally just write. I have a business partner and we got a cash injection of money and we started a studio.  I performed at his birthday party and one of the songs that I did previously was one of this favourite songs. We just got talking and he said he wanted to be in the music business and his passion for my project and months down the line we got together and signed an agreement and that was it. My business partner actually owns properties and so he put the studio in a house so I work there and stay there and it just really helps me to have the time to concentrate and come up with songs.

First EP (his latest EP) is a re-launch. I used to be called Yong Nate and I started with that name when I was fifteen and I thought I cannot be called that anymore and so I changed my name to Nate Young and the First EP is like a fresh start and me maturing as a song writer and as a person. It has grown just organically with the changes in song topics like relationships and seeing different things which have been key to my development.  A lot of my stuff before was puppy songs but it was weird that those songs got me to see a lot of things because I have sung at virtually all the clubs in London and seeing some of the things you do has allowed me to mature. It just changed my outlook and of course changed me as a person.

Who are you rating?

Emeli Sande is amazing I was aware of Emeli about two three years ago when she did the track with Chipmunk and I heard it and thought that it was a great vocal. When I saw her do the track live though I just thought she is definitely one to watch.

It’s all about the music.

I am just constantly recording stuff, there will be a lot of free stuff, music getting on the radio and I will be working on my album. This year was about recording and making the music tight really come next year I am just going to be making more music and getting my stuff out there.