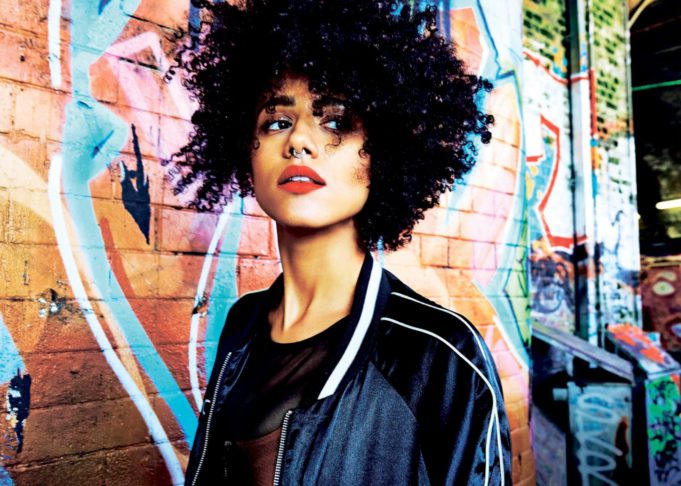 The 28 year old Londoner reveals to Fabulous Magazine, that she still doesn’t believe her luck, with the acting roles she has played. Nathalie Emmanuel who played troubled teen Sasha Valentine in Hollyoaks way back in 2010, has scored major roles in film and TV. Emmanuel has played Missandei – Daenerys (Emilia Clarke) advisor and wing-woman in HBO’s smash hit ‘Game of Thrones’ and has also played Ramsey in the Fast & Furious franchise alongside ‘The Rock’ and Vin Diesel. Speaking on her nude scenes from Game of Thrones, “I was quite nervous, so she [Emilia Clarke] was really supportive and reassured me,” Nathalie says. “I’m comfortable with my own nudity, but we all have body hang-ups and I’m no exception to that. Sometimes I want to cry when I’m in a bikini! But I often try to do things I’m afraid of because it takes away the fear. They’re just boobs – we see them every day.” Nathalie admits body insecurities led to her exercising daily when she was younger, but over the last few years she has learned to relax.