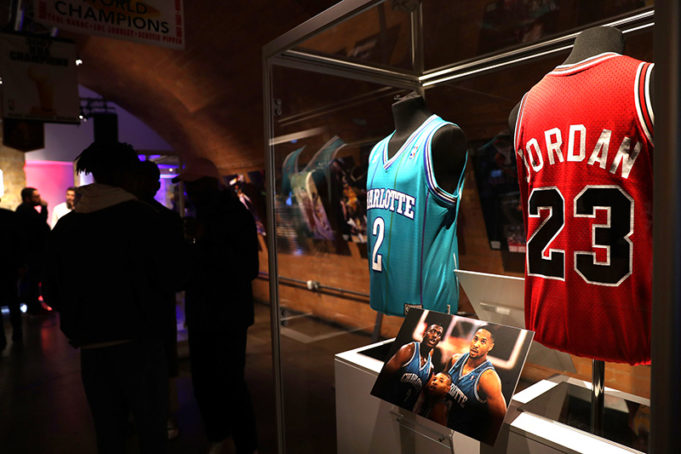 It’s back and it’s bigger and better than ever. Calling all NBA fans and enthusiasts, NBA Crossover, a cultural exhibition displaying the convergence of the NBA and popular culture is back August 10th – 12th at Westfield, London.

Flavourmag is happy to announce that we are partnering with this event, which is a free exhibition and will feature appearances by a current or former NBA player.

NBA Crossover will use interactive exhibits to escort visitors through a narrative that brings to life the music, fashion, art, and entertainment that surround today’s game. Fans will be able to have a taste of the NBA ahead of the NBA London Game 2019, which will see the New York Knicks take on the Washington Wizards at The O2 in January, and will have the unique opportunity to engage with the league through customized activations including virtual reality experiences, art displays, photos with The Larry O’Brien Trophy and panel discussions with local speakers.

In order to get your tickets, all you need to do is register at NBA.com/CrossoverLondon. Registration is open now so don’t delay.

NBA Crossover will feature a music area that will showcase how basketball and the NBA have become synonymous with popular music and culture, influencing players and musicians alike.  A dedicated style section will highlight how NBA players have become fashion trendsetters, regularly appearing on magazine covers and attending fashion shows around the world.  Exhibits will also showcase the game’s influence on film and celebrity, demonstrating how the NBA seamlessly merges sports and entertainment.

NBA Crossover is open from 12-9pm on Friday, August 10 and Saturday, August 11; and from 12-6pm on Sunday, August 12.  To register to attend the free event and receive key information, fans can visit NBA.com/CrossoverLondon. The exhibition will take place at Westfield London, Ariel Way Shepherds Bush, London, W12 7GF

NBA Crossover is in partnership with Foot Locker, NBA 2K19 and Westfield London.

This year’s first NBA Crossover in Europe took place in Milan June 29 – July 1 and there will be one following London, held in Paris Sept. 14-16. For more information, you can visit NBA.com/CrossoverLondon, NBA.com/UK and on Facebook NBA UK and Twitter @NBAUK.  Fans can download the NBA App for news, updates, scores, stats, schedules, videos and more.  Fans can also purchase all the latest NBA merchandise at NBAStore.eu.