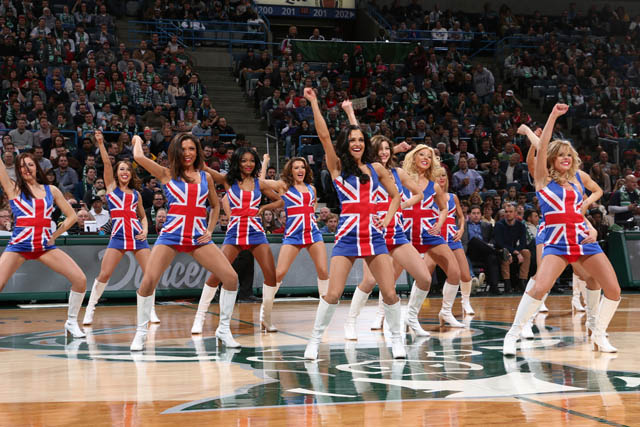 BT Sport, the NBA and Facebook are combining to deliver sports fans an innovative digital experience of this year’s hotly anticipated NBA Global Games London at The O2.

Between 7.15pm and 8pm on Thursday January 15, ‘The BT Sport Facebook Lounge‘ will feature live appearances from many of the A-list celebrities attending the event. NBA Global Games London 2015 will feature a game between the Milwaukee Bucks and New York Knicks at The O2 on Jan. 15.

Arsenal and England star Alex Oxlade-Chamberlain will join BT Sport presenter Helen Skelton as the show takes fans to the heart of the build-up at The O2 before the 8pm tip-off.

‘The BT Sport Facebook Lounge’ will also feature in BT Sport’s separate exclusively live TV coverage of the event, on BT Sport 1 between 7.30pm and 11pm, hosted by Darren Fletcher and guests.

This morning Monday 12th Jan, the Milwaukee Bucks landed in London this morning ahead of their regular season clash with the New York Knicks at The 02 arena on Thursday.

Upon arrival in London the Bucks’ Greek star Giannis Antetokounmpo said: “I’m very excited to be in London. This is the first time I’ve travelled outside of the US with my team and it’s something I’ve been really looking forward to. I’ve spoken with Brandon (Knight), who came here before (2013 with the Pistons), and he told me all about London. I just can’t wait to explore the city and to play at The O2.”

The Milwaukee Bucks take on the New York Knicks at NBA Global Games London 2015 at The O2 on January 15. The game is live on BT Sport 1 and on NBA LEAGUE PASS. To follow the NBA in the UK visit www.facebook.com/nbauk