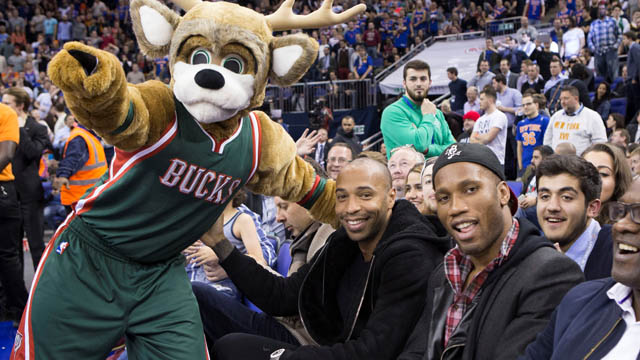 Flavourmag was in attendance as special guests from Footlocker and man oh man did we have fun. Check out these awesome instagram videos we just posted and earlier on in the day we were invited by footlocker to a special preview fashion show where we had a chance to take a look at the latest trainers and hear music from Grand Master Flash.

Watch this SLAM DUNK on the counter by the Bucks #itmustbefeb

Mad Skillz at the NBA #itmustbefeb

Watch the Drogba Spin Challenge – Should Drogba have been a basketball player?

Chelsea striker Didier Drogba shows off his basketball skills in the BT Sport Facebook Lounge at the NBA Global Games.

Plus A variety of celebrities shared their love of the NBA and the excitement the showpiece occasion brings to London – in a live Q&A broadcast exclusively BT Sport’s Facebook page.

Those who stopped by included:

Photos: C1 Photography – photographed in the ‘The BT Sport Facebook Lounge’, a live show around the NBA Global Games at the O2 in London. Visit facebook/btsport