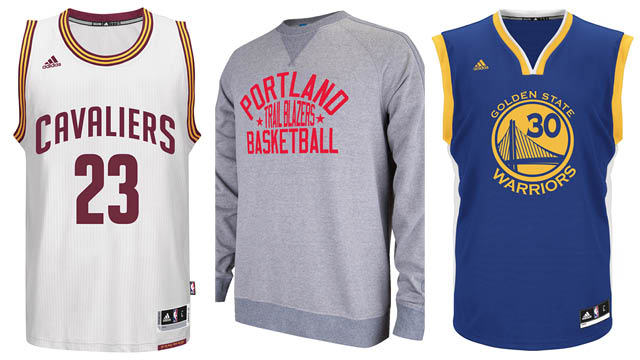 As the NBA regular season comes to an end. This Saturday (18th April) sees the start of the NBA Playoffs 2015.

This is the crux of the season and the most exciting time for basketball fans as millions of people around the world tune in to watch the best players come head-to-head.

We had so much fun at the NBA global games in January 2015 and our favourite celebs where in attendance too, such a the likes of Thierry Henry, Didier Drogba, Cesc Fabregas, Liam Payne, Anthony Joshua, Millie Mackintosh, Little Mix, Idris Elba and many others.

From a Great Britain perspective, GB star Joel Freeland will be battling with his Portland Trailblazers to help land their first NBA Championship since 1977. Below you will find some merchandise from teams and their key players who have already secured their spot.