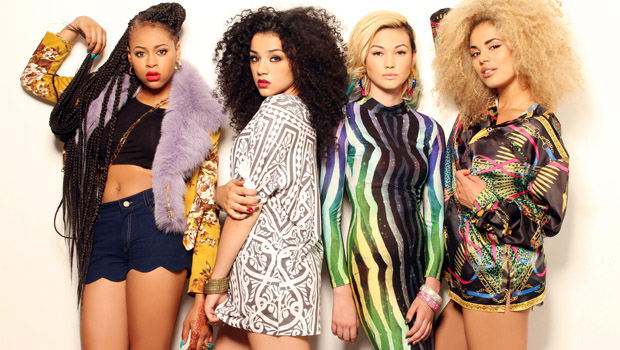 · Young people to honour six individuals who inspire them the most

*It All Starts At Yes*

*Sign up to NCS and discover your talents at NCSyes.co.uk*

Registration to attend the free event is via NCSYes.co.uk where 16 – 18s can vote in the poll for their favourite most inspirational young person across the following six categories: Fashion, Music, Sport, Film, Business and from within the Digital sphere. An expert within each field has curated a shortlist with one additional individual in every category chosen by NCS graduates. The experts are: fashion designer Henry Holland (Inspiration In Fashion), youth radio station KISS FM (Inspiration In Music), Online Deputy Editor of Empire Magazine Helen O’Hara and presenter Mark Dolan (Inspiration In Film), sports broadcaster Max Rushden and Olympic sprinter Jeanette Kwakye (Inspiration In Sport), healthy popcorn makers Propercorn (Innovation In Business) and design agency Believe.In (Digital Innovator).

All aged between 16 and 26, the inspirational shortlists include popstar turned fashion designer Tinie Tempah for ‘Inspiration in Fashion’. In the running to be ‘Inspiration In Music’ are Scottish singer songwriter and iTunes Artist of the Year Nina Nesbitt, hot new talent and the voice on Rudimental’s #1 track ‘Solo’ Ella Eyre and South London Grime Duo Krept & Konan.

Lilly Cole, more known for fronting catwalks and fashion campaigns, is interestingly up for ‘Digital Innovator’ after last year founding a new website, Impossible.com whilst the UK’s hottest film stars are up for ‘Inspiration in Film’ including BAFTA Rising Star nominee Will Poulter and ex-Skins actors Kaya Scodelaria and Daniel Kaluuya.

The ‘Inspiration in Sport’ shortlist includes Olympic diver Tom Daley, Paralympian Hannah Cockroft and Footballer Gareth Bale.SBTV founder, Jamal Edwards and the brothers behind Gandy’s Flip Flops, Rob and Paul Forkan who created the business after they tragically lost their parents in the 2004 Tsunami are both hoping to be named ‘Innovator in Business’.

Finally, eighteen-year-old entrepreneur Nick D’Aloisio creator of Summly, the analytical tool that shortens text content and Speakset, the video calling technology are the only ones to be shortlisted for more than one category. They will be up against each other for both ‘Digital Innovator’ and ‘Innovator in Business’.

5,000 young people aged 16 to 18 will have the chance to attend the first ever NCS Yes Live by registering at NCSYes.co.uk and voting in the online poll. Teenagers will be able to increase their chances of winning a pair of free tickets by voting, inviting friends to vote and entering unique codes from 3rd party partners. Each vote improves the opportunity to attend and they have until 24th February when voting closes.

NCS Yes Live is set to inspire more teenagers than ever before to get involved with NCS in 2014 and help fast track their future. Broadcast on 4 Music and hosted by YouTubers Marcus Butler and Joe Suggs, who have accumulated an incredible 3.5 million subscribers between them, the event will potentially reach NCS’s largest audience to date.

NCS gives 16-17 year olds the chance to develop new skills that will help them get ahead in work and life. NCS increases teen’s confidence, teamwork and leadership skills, inspiring them to make their mark in their local community through a social action project that benefits others. Places for the 2-3 week full time programme plus 30 hours of social action are available for spring half term, summer holidays and autumn half term programmes.