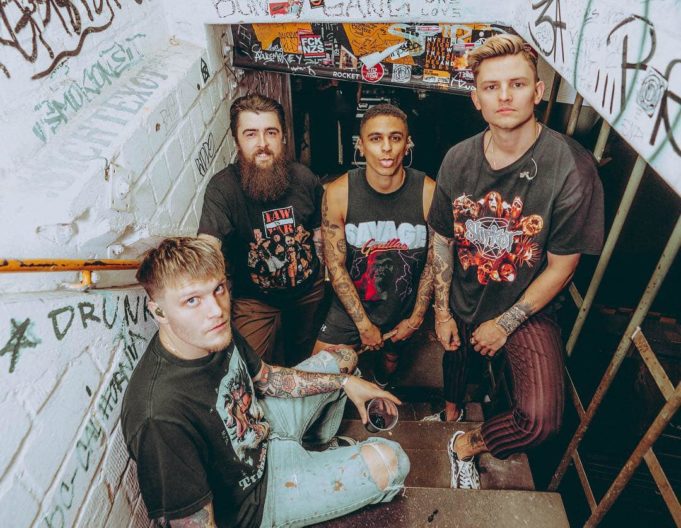 Slam Dunk South – positioned in the grounds of Hatfield House, brought nothing but an electric atmosphere for the entirety of the day. Hosting well over 60 acts played across nine stages, with set times falling to ensure the grounds were vibrating and ultimately satisfied the entire day.

Out of the overwhelming number of incredible acts that performed on the day, it was clear to us that one band predominately stood out from the others. Neck Deep already played the festival numerous times, however, this particular set showcased a whole new entity for them.

As the band humorously met the stage with “The Boys are Back In Town” blaring to the crowd’s amusement, they wasted no time in demonstrating why they were main stage material following the likes of ‘Simple Plan’ and ‘Waterparks’.

The crowd absolutely roared as the band strummed the first chords of Motion Sickness. The energy of the set was surreal and radiated through Hatfield House’s grounds – members of the guests and lead-singer, Ben himself, were crowd surfing left, right and centre, mosh pits were forming practically every other song as the crowd embraced every beat that was delivered by the band.

The most sincere moment of the set came from the song ‘In Bloom’ – one of the band’s personal favourite tracks – whereby the crowd sung back each and every lyric Ben was projecting. An evidential “we did this” moment for a band who have come so far, especially on the stages of Slam Dunk over recent years.

The set provided stone cold evidence that it is only a matter of time before Neck Deep are fulfilling headline festival slots all over the UK.