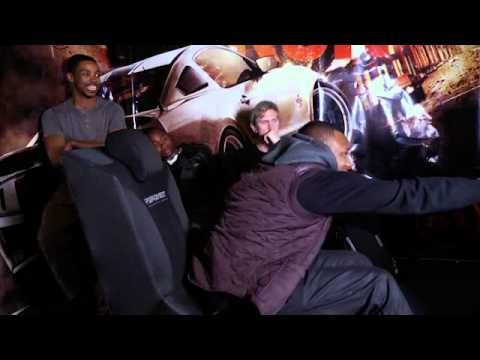 The Need for speed tournament sees Loick Essien, Starboy Nathan, Labrinth, Rizzle Kicks & JLS competing against each other in a series of filmed gaming sessions. Sean Faris (The Vampire Diaries, Never Back Down) is Jack Rourke, one of the best drivers around. Jack’s cockiness and arrogance has led him into a debt he can’t repay. The mob has put a price on his head, and it’s a lofty one. Christina Hendricks (Mad Men, Drive) stars as Sam Harper, a woman with ambition, street smarts and a penchant for lightning fast cars. Sam is the only person who can help Jack. Sam fronts Jack’s buy-in for The Run, a cut-throat coast-to-coast race from San Francisco to New York with a prize of $25 million. With Sam as his eyes and ears, all Jack needs to do is win.

Check out ‘Battle of the Bands’, were the artists are filmed individually playing the new Need for Speed ‘The Run’against the clock

Need for Speed is out November 17th

The game is out on November 17th.