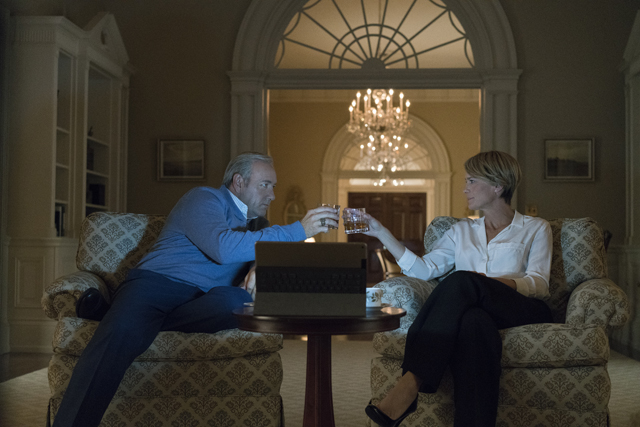 If you remember the end of season 4, then you’ll remember that Frank Underwood (Kevin Spacey) declared global war and his wife Claire, for the first time, looked towards the camera and if she could hear and was part of what Frank was saying to us the audience.

Does this mean that we will start hearing the voice of Claire talking to us throughout season 5? We hope so as we LOVE Claire’s character. So powerful, so feminine, ever so strong.

This page will be updated with further information as soon as we receive it. However if you cannot wait until May for the launch of Season 5, then you may want to watch ‘Designated Survivor‘ on Netflix in the mean time.