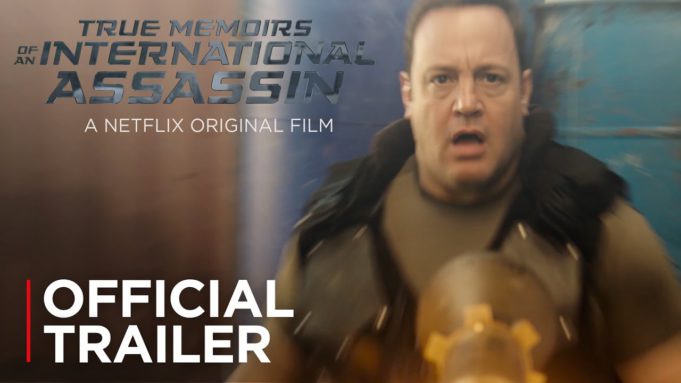 Netflix releases trailer and key art for True Memoirs of an International Assassin which premieres on November 11.

The action comedy stars Kevin James as Sam Larson, a mild-mannered would-be author who gets mistaken for a killer-for-hire when his fictional novel about an international assassin is published as a true story.  When the book is a huge success, he is suddenly kidnapped, taken out of the country, and forced into an assassination plot.