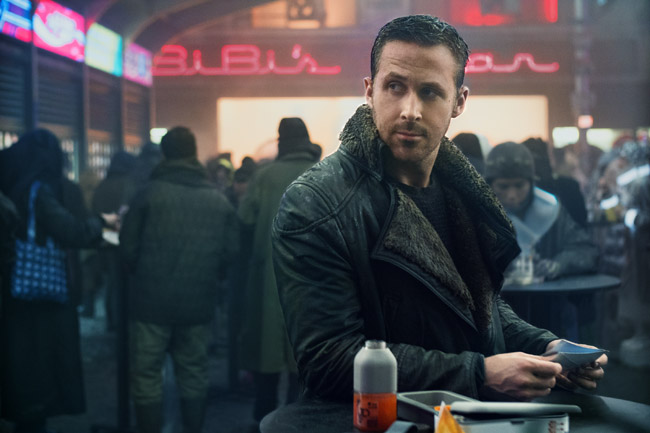 A number of images from the hotly anticipated Blade Runner 2049 have been made available which show the cast in their splendour as well a couple of behind the scenes shots.

Blade Runner 2049, which has fans of the 1982 classic which also starred Harrison Ford salivating at the month, isn’t due in cinemas until October 2017 but that’s not stopping the studio from whipping us up into a frenzy with man of the moment – Ryan Gosling looking his best in his mean and moody pose.

With the original writer, Hampton Fancher on-board as well as Ridley Scott, who directed Blade Runner but now serves as producer on Blade Runner 2049, to impart their wisdom and advice on Director of the moment Denis Villeneuve (Arrival), there are some heavy weights placed on their shoulders to deliver a cracking sci-fi sequel.

Thirty years after the events of the first film, a new blade runner, LAPD Officer K (Ryan Gosling), unearths a long-buried secret that has the potential to plunge what’s left of society into chaos.  K’s discovery leads him on a quest to find Rick Deckard (Harrison Ford), a former LAPD blade runner who has been missing for 30 years.