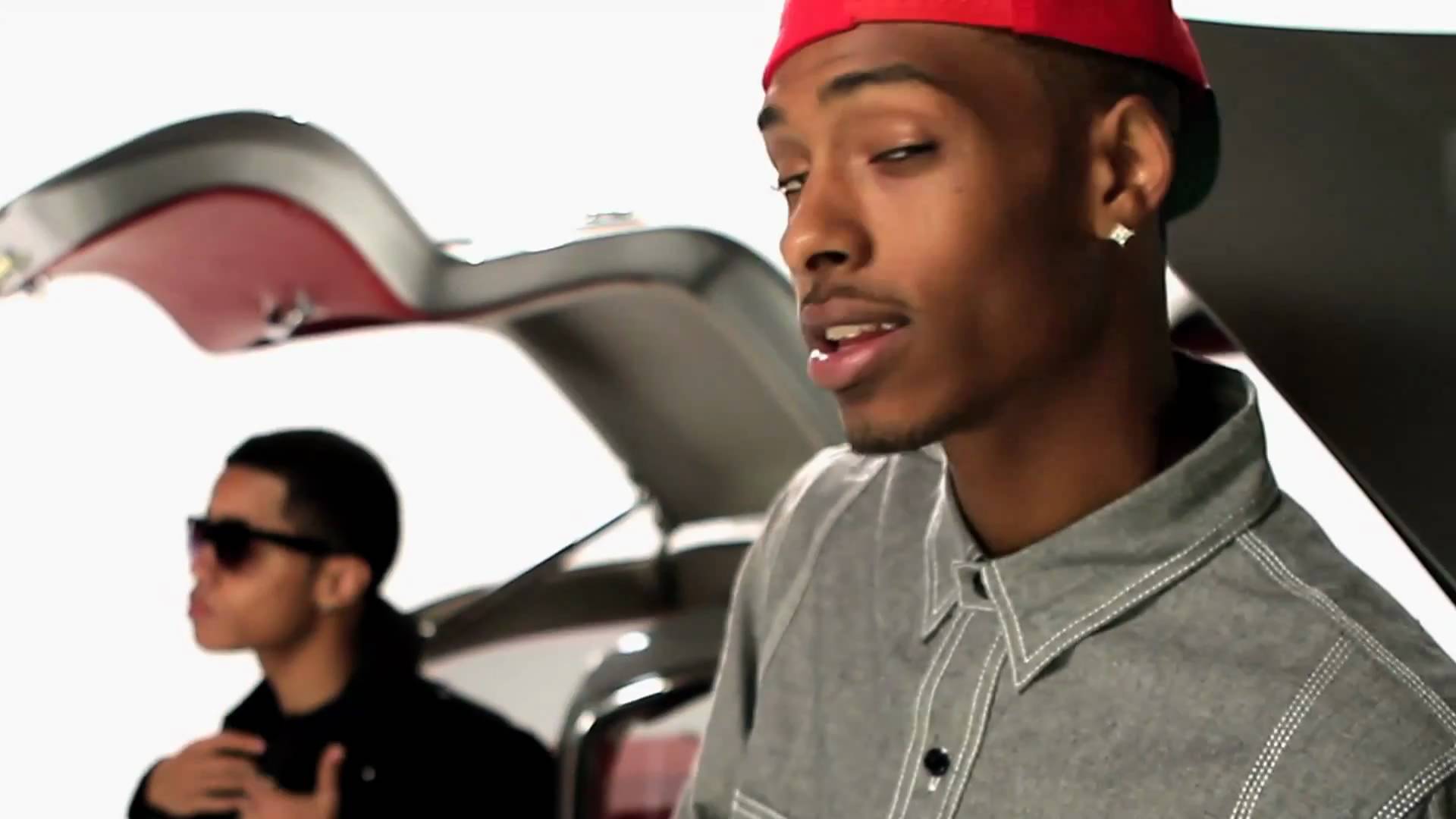 Far from it. Back in 2009, New Boyz sparked a cultural phenomenon with their debut single ‘You’re a Jerk’ – it instantaneously caught the attention of partygoers on this side of the pond and had them jerking all around town. Flavour catches up with the duo, who are Ben J and Legacy, as they make a pit stop in London. The Cali boys tell us why they have no competition, how they deal with the haters (including the infamous Soulja Boy beef) and how skinny jeans rule…

Why is Too Cool to Care not just the title of your new album but an actual movement?
Legacy: It’s really about doing you to the fullest and not being scared to create something new. I think this world takes things too seriously nowadays – we’re all about just laughing at life and having a good time. Even if everyone in the world thinks it’s wack and you think it’s cool, then that’s all that matters – and that’s why we decided to call our album Too Cool to Care.
Ben J: That’s what we were all about and we wanted everyone else to know they could be themselves too.

Well you guys are still teenagers, so why should you take life so seriously anyway?
Legacy: Exactly! You’d be surprised at how many teenagers do.
Ben J: Yeah, like man, get your panties out the bunch.

Do you feel that there is more pressure this time around and that you need to prove the success you had with your debut was not just a fluke?
Ben J: Yeah.
Legacy: It’s the ‘make it or break it’ album in a way. Also, we didn’t show the world what we’re really about on the first album as we had to hurry up and put tracks out. Now everyone gets to see what we’re really on.

How did the collaboration with The Cataracs for your new single ‘Backseat’ come about?
Ben J: We met them at the BET Awards – they came up to us, saying let’s do something and we got their phone number.
Legacy: We were trying to finish up the album – we asked if we could get a session and they were like, come through. We went over and knocked out the track in two hours.

What is it like being a part of this new wave of hip hop, where your signature looks are skinny jeans rather than baggies?
Legacy: It’s cool, because it’s something different – and hopefully we’re a part of everything else that’s new.
Ben J: New Boyz is a brand and we’re trying to brand that name. We’re not going to change and become new men or something.

How do you handle the haters? And especially when it comes from different artists, such as Soulja Boy?
Ben J: We ignore them; we had everyone on our team holding us back from going in. Eventually we became cool, chopped it up and squashed the beef.
Legacy: You know, it’s all about keeping it professional because we now have a cool business relationship and you never know what could come out of that.

Who is proving to be your biggest competition within the industry right now?
Legacy: I feel like I’m my own biggest competition really because I’m always focused on doing something new and pushing my limits. I’m looking at everyone in the industry as inspiration for us to keep working harder.
Ben J: I’m not really scared of anybody or care about what they put out. I really do my own thing.

Since Snoop Dogg, there hasn’t been anyone really to come out of California in such a big way – would you like to emulate his worldwide success?
Ben J: Yeah, that’d be awesome.
Legacy: I think Snoop’s one of the masters at staying relevant. He’s always putting out new material and it’s always to do with what’s hot at the moment.

In the quick-fire round, the New Boyz give their take on…

UK and London Girls
Legacy: The girls out here look the bomb; the swag out here is crazy. It’s a really cool place.
Ben J: I like y’all’s accent too.

The ultimate goal
Legacy: To win a Grammy, get a platinum album and headline a tour, but of course branch out of that and do other stuff like a clothing line.

One question you’re just so bored of answering?
Ben J: ‘Can you teach me how to jerk?’ That’s the first thing they [journalists] say out their mouth when we meet them.

And finally, can you teach us how to… er… boys? Hmm… where did they go?

Single ‘Backseat’ ft The Cataracs and album Too Cool to Care are out now Follow New Boys on Twitter @NewBoys or visit www.thenewboyz.com