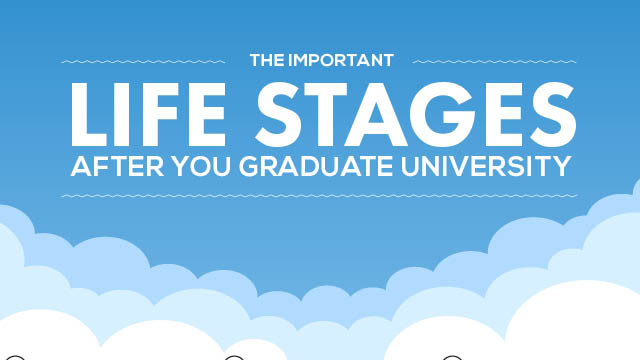 A new graphic has been created to help graduates map out their futures, by running through the most important financial life stages they will face after university.

From buying your first car, to planning your pension and will, the graphic features 18 blocks all laid out in a chronological order. It’s filled with resources, designed to be a useful toolkit for anyone feeling a bit lost in their current situation.

The graphic also features interesting facts that may take some by surprise. For example…