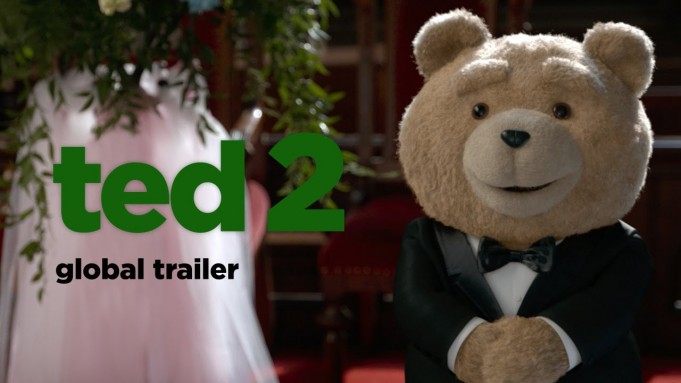 I’m Zehra Phelan, Flavourmag’s resident Film Editor and Entertainment Journalist, each week I bring you my weekly roundup of new movies out in cinema.

This week we have a couple of sequels in Ted 2 and The Human Centipede 3, A pretty dull drama in Boychoir and a decent biopic on a music legend in Love and Mercy.

Life has changed drastically for thunder buddies John (Mark Wahlberg), now a bachelor, and best pal Ted (Seth MacFarlane), now married to the woman (Jessica Barth) of his dreams. Problems arise when the couple decide to adopt a child, but the law declares Ted to be property and not a person. Angry and dejected, the lovably foulmouthed teddy bear must now seek legal help from a young lawyer (Amanda Seyfried) and a legendary, civil-rights attorney (Morgan Freeman) to get the justice he deserves.

Ted 2 is exactly what you would expect, politically incorrect, full of vulgar swearing and offensive but that’s all just part of its charm. It may not be quite as good as the original but if you’re after  just losing yourself and having a giggle for just under two hours we couldn’t choose anything better.

See if you liked: Ted, The Other Guys

Prison warden Bill Boss (Dieter Laser), an egotistical bully, yarns for respect. Not just from the state Governor (Eric Roberts) and his loyal right hand man Dwight (Laurence R Harvey) but from the prison inmates too. The only way to earn the respect of the Governor and to keep his job is to turn around the abysmal statistics the prison has for the amount of riots, medical costs and staff turnover. Quickly going insane from the heat and the constant failed attempts at punishment, it’s Dwight that gives him the brilliant revolutionary idea for the ideal punishment which could also save the prison systems billions of dollars…. The Human Centipede.

The Human Centipede 3 is quite easily the best in the trilogy, its sick; it’s vile and totally insane but with many laugh out loud moments it’ll certainly please it’s fans and who knows we could just see a spin off with… The Human Caterpillar.

See If You Liked: The Human Centipede 1 and 2

This has predictable written all over it, Hoffman gives a pretty decent performance and makes his character pretty believable but not even his acting can’t save a pretty poor storyline, a little more drama and a little less nothing might have let this film hit its full potential.

See if you liked: Little Nicholas, The Red Violin.

In the late 1960s, the Beach Boys’ Brian Wilson stops touring, produces “Pet Sounds” and begins to lose his grip on reality. By the 1980s, Wilson (John Cusack), under the sway of a controlling therapist, finds a saviour in Melinda Ledbetter.

Love and Mercy is original and pretty smart and provides an interesting look into the life of a legendary man who has faced his own demons, It maybe a biopic but thankfully it doesn’t celebrate his life but more gives us an insight in trying to understand the man.

OUR PICK OF THE WEEK: TED 2

Read our 5 reasons you should watch ‘Dear White People’.