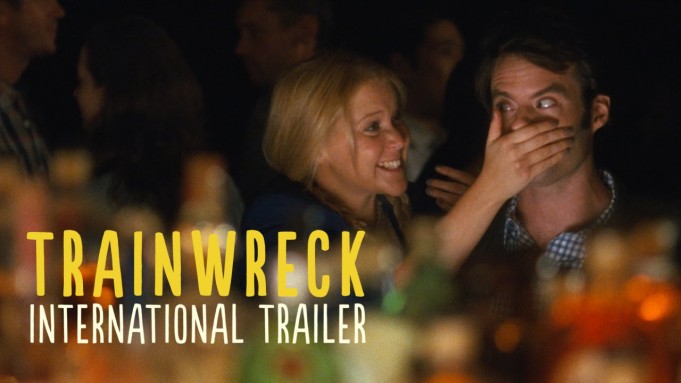 Each week, as Flavourmag’s resident Film Editor, I bring you my weekly roundup of new movies out in cinema. Wow, the film distributors seem to have gone into overdrive with the amount of big name releases. Good Luck picking your choice this week.

When aliens intercept video feeds of classic arcade games and misinterpret them as a declaration of war, they attack Earth, using the games as models. Knowing that he must employ a similar strategy, President Will Cooper (Kevin James) recruits his childhood pal, former video-game champ and home-theater installer Sam Brenner (Adam Sandler), to lead a team of old-school arcade players and a military specialist (Michelle Monaghan) in an all-out battle to save the planet.

The humour is light and a few one liners will sit well with the adults but is guaranteed to fly straight over your kid’s heads, it certainly has a few titters and snorts of laughter but nothing that induces those deep belly laughs. Pixels is never going to be a classic but because of the nostalgia factor it’s entertaining enough, certainly one lazy Sunday afternoon watch.

Ever since her father drilled into her head that monogamy isn’t realistic, magazine writer Amy (Amy Schumer) has made promiscuity her credo. As much as she enjoys an uninhibited life free of commitment, Amy is really in a rut. While writing a profile about charming and successful sports doctor Aaron Conners (Bill Hader), she finds herself actually falling in love for the first time — and what’s more, Aaron seems to like her too. Amy starts to wonder if it’s time to clean up her act.

Trainwreck has a lot of brutally honest humour that of a sexual type but its structure is just a bit slap dash and comes across a bit like a sketch show. As Rom Com’s go, this doesn’t follow the normal formula, not traditional in the slightest giving it a breath of fresh air.

At the height of the Cold War, a mysterious criminal organization plans to use nuclear weapons and technology to upset the fragile balance of power between the United States and Soviet Union. CIA agent Napoleon Solo (Henry Cavill) and KGB agent Illya Kuryakin (Armie Hammer) are forced to put aside their hostilities and work together to stop the evildoers in their tracks. The duo’s only lead is the daughter of a missing German scientist, whom they must find soon to prevent a global catastrophe.

You can tell Ritchie has held back just a little on this one, and, unfortunately, the chemistry between the leads is just lacking, However, the film has fun written all over it, with a sexy leading man, sexy soundtrack and exotic locations it simple is what it is. It’s a chance to lose yourself for a couple of hours.

A group of mischievous extraterrestrials (voiced by the Python crew), grant schoolteacher Neil Clarke (Simon Pegg) extraordinary powers in order to see how he will use them. Subsequently seeking the wisdom of his loyal canine companion Dennis (voice of Robin Williams) in order to use his powers wisely, Clarke is ultimately forced to choose between the girl of his dreams (Kate Beckinsale), or the four-legged friend who has never left his side.

If you’ve seen one Pegg film you’ve seen them all, 99% of the time he plays the same character and his role here is no different, Having said that Pegg is actually this film’s saving grace (that kills me to say that too).

A college freshman (Lola Kirke) cures her disappointment and loneliness by allowing herself to be pulled into the wacky schemes of her future stepsister (Greta Gerwig).

Mistress America reminded me a lot of a Woody Allen film for the modern 30 something’s, Brooke’s refusal to accept her age and finally grow up hits close to home of our modern generation. Funny and entertaining even if a little lacklustre it’s still an entrancing watch.

Young and shy Quentin (Nat Wolff) is in for the night of his life when Margo (Cara Delevingne), the most popular student in high school, recruits him to help her play mischievous pranks on the friends who betrayed her. The next day, however, the mysterious Margo is nowhere to be found. With help from a few buddies and some cryptic clues that she left behind, Quentin embarks on an obsessive mission to find the girl who stole his heart and made him feel truly alive.

Paper Towns will appeal to a certain type of person, mainly females between the ages of 15 and 25, those ones you see down in Shoreditch that all look the same, come from a middle-class background and are just a little “boho chic”.