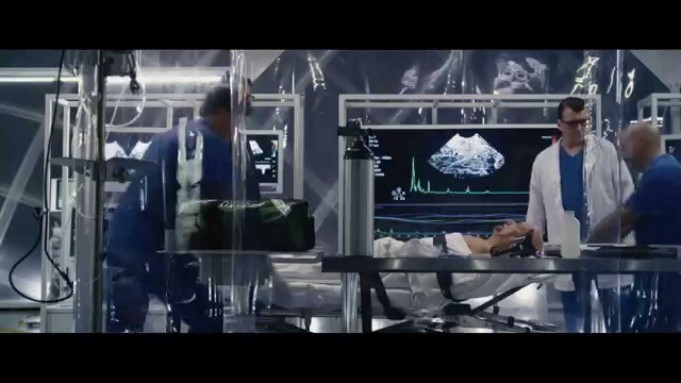 I’m Zehra Phelan, Flavourmag’s resident Film Editor and Entertainment Journalist, each week I bring you my weekly roundup of new movies out in cinema. This week we have what on paper looks like a week full of contenders, in fact, we have nothing but disappointments and Ant-Man, which totally knocks it’s opponents out of the ring.

Scott Lang (Paul Rudd) aka Ant-Man is a master thief and after being let out of jail vows to go straight for the sake of his daughter. Dr Hank Pym (Michael Douglas), the original Ant-Man, is under threat from Darren Cross aka Yellowjacket (Corey Stoll) for the secrets of his suit in order to revolutionise the world. Pym, along with his daughter, Hope Van Dyne (Evangeline Lilly) recruit and train Scott to take over the helm to pull off a major heist in order to save the world from its impending doom.

Ant-Man is a must see, it has to be one of the best Marvel films to date; it’s blown the rest out of the water. The film was left wide open for Marvel to kick start another money spinning franchise and I for one would truly embrace it. Slick, Entertaining and Hilarious it’s one of those films that will appeal to almost any audience.

See if you liked: The Avengers, Iron Man.

Billionaire industrialist Damian Hale (Ben Kingsley) is master of his universe until he encounters a foe that he can’t defeat: cancer. His only hope is a radical medical procedure called “shedding,” in which his consciousness is transferred to a healthy body. After the procedure, Damian, now called Edward (Ryan Reynolds), starts a new life in New Orleans, but is plagued by disturbing images. When he delves into Edward’s mysterious origin, he learns that some will kill to keep it secret.

It had so much promise as a psychological thriller, the storyline of swapping identities may have been done before, but it’s one that intrigues. Unfortunately, it turns into your generic action film which just leaves you feeling a little bit flat.

See if you liked: Transcendence, Face Off.

Set in a high school, 20 years after a tragic accident during a school production where Charlie Grimille lost his life by hanging from The Gallows. The students, in a misguided attempt to mark the anniversary of this freak accident, decide to recreate the production but it becomes all to clear the past should be left in the past as Charlie has a little adventure in store for those taking part.

The Gallows had potential, but it lets itself down miserable with a mostly predictable plot in a genre that really needs a good shake up and a little more creativity added to the mix.

Check out our interview with The Gallows star, Cassidy Gifford.

New York Times journalist Michael Finkel (Jonah Hill) loses his job when it’s revealed that he was not entirely truthful in a cover story he wrote on contemporary slave trading in Africa. His world collapses even further when he learns he’s a victim of identity theft; a man named Christian Longo (James Franco) assumed Finkel’s name and stood accused of murdering his own family. Seeing a way to rebuild his shattered reputation, Finkel meets with Longo to hear his story.

The performances of Hill and Franco completely outweigh that of the storyline. They do their best to bring to life a rather dull and drawn out drama which could have been such a great suspense filled thriller. Instead it turns out to be a bit of a disappointment.

See if you liked: Child 44, Kill the Messenger.

OUR PICK OF THE WEEK: ANT-MAN.