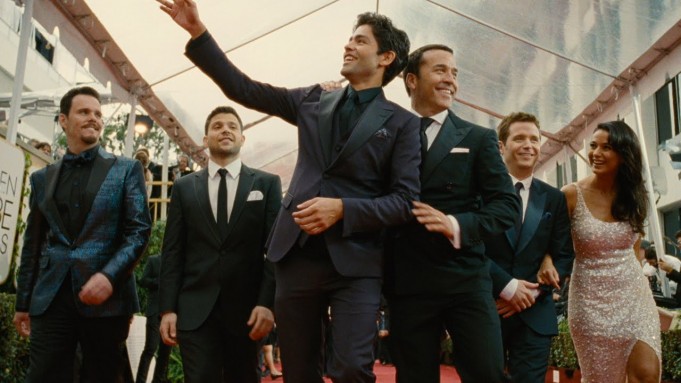 I’m Zehra Phelan, Flavourmag’s resident Film Editor and Entertainment Journalist, each week I bring you my weekly roundup of new movies out in cinema. This week we have an abundance of films that have left me unmoved and rolling my eyes into the back of my head. My pick of week hasn’t been an easy choice, so I’ve just given in to popular demand and gone for the obvious.

Former bull-riding champion Luke (Scott Eastwood) and college student Sophia (Britt Robertson) are in love, but conflicting paths and ideals threaten to tear them apart: Luke hopes to make a comeback on the rodeo circuit, and Sophia is about to embark on her dream job in New York’s art world. As the couple ponder their romantic future, they find inspiration in Ira (Alan Alda), an elderly man whose decades-long romance with his beloved wife withstood the test of time.

Nicholas Sparks really knows how to write a romantic story which is so far from real life you wonder if this man is really a woman living in fantasy land. Sickly sweet and it delivers exactly what its targeted audience wants. It is however better than some of his offerings but being over two hours long its way to much time to deal with the expected clichés.

See if you liked: The Lucky One, The Best of Me.

While hanging with pals Eric (Kevin Connolly), Turtle (Jerry Ferrara) and Johnny Drama (Kevin Dillon), movie star Vince Chase (Adrian Grenier) gets a phone call from Ari Gold (Jeremy Piven), his former agent, who now runs a major studio. Ari offers Vince the leading role in his first production, but the actor insists on also directing the film. Things get out of hand when the $100 million flick goes over budget, leaving Ari, Vince and the boys at the mercy of the cutthroat world of Hollywood.

If you’re a fan of the TV show your, going to love this, what you’ve seen on the TV is exactly the same as the movie, a bunch of rich, vain men acting like kids who learn nothing. Plot is dull and predictable and the only decent performance comes from Jeremy Piven.

See if you liked: 21 Jump Street, The Devil Wears Prada.

Long-retired and near the end of his life, Sherlock Holmes (Ian McKellen) grapples with an unreliable memory and must rely on his housekeeper’s son as he revisits the still-unsolved case that led to his retirement.

Even though Mr Holmes seems to get sidetracked and veers off in different directions and can be slow, it’s a moving tale, with a well written script and of course Sir Ian McKellen excels in his performance. Just because this is about Sherlock Holmes don’t expect any deep seated mystery; this is more a look at the man in his declining years than any mystery he has to solve.

This film is just absolutely bonkers, a complete mess and so badly put together, everything about it says bad bad bad but I think that’s just part of its charm, filled with lots of social satire and slapstick humour this could actually turn out to be a cult forgotten gem.

See if you liked: The Campaign, Love, Wedding, Marriage.

OUR PICK OF THE WEEK: ENTOURAGE.