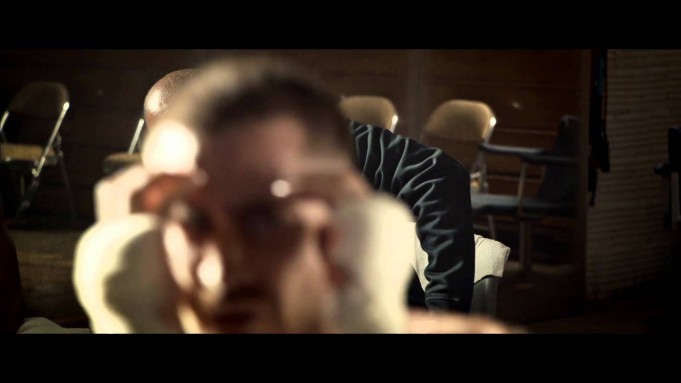 Each week, as Flavourmag’s resident Film Editor, I bring you my weekly roundup of new movies out in cinema. This week we have a couple of contenders fighting it out for our attention (and hard earned cash). Inside Out and Southpaw bring it hard to the big screen what will your choice be?

Riley (Kaitlyn Dias) is a happy, hockey-loving 11-year-old Midwestern girl, but her world turns upside-down when she and her parents move to San Francisco. Riley’s emotions — led by Joy (Amy Poehler) — try to guide her through this difficult, life-changing event. However, the stress of the move brings Sadness (Phyllis Smith) to the forefront. When Joy and Sadness are inadvertently swept into the far reaches of Riley’s mind, the only emotions left in Headquarters are Anger, Fear and Disgust.

Pixar have done it again, even those animation haters would be hard pressed to dislike this film, and it’s full of originality and imagination and visually is on point with stunning colours and imagery. It balances humour with an insightful look into a little girls mind, Inside Out has to be Pixar’s best movie to date.

See if you liked: Up, Cloudy with a chance of meatballs.

Billy “The Great” Hope (Jake Gyllenhaal), the reigning junior middleweight boxing champion, has an impressive career, a loving wife and daughter, and a lavish lifestyle. However, when tragedy strikes, Billy hits rock bottom, losing his family, his house and his manager. He soon finds an unlikely saviour in Tick Willis (Forest Whitaker), a former fighter who trains the city’s toughest amateur boxers. With his future on the line, Hope fights to reclaim the trust of those he loves the most.

The tale of a broken prize boxer may have been told before but Southpaw delivers a sharp and refreshing new punch to this tired genre of film. It’s not for the faint hearted as brutality reigns throughout and with an all star cast of Gyllenhaal, Adams, Whitaker, 50 Cent, Rita Ora and Noamie Harris it’s a compelling watch and just reiterates how great an actor Gyllenhaal really is.

See if you liked: Warrior, The Fighter

After his daughter (Abigail Breslin) is infected with a virus that transforms her into a zombie, a small-town farmer (Arnold Schwarzenegger) will stop at nothing to save her.

Maggie may be full of strong powerful performances but the story is just clumsy and a bit flimsy, it tries to add a tear jerk or two but never quite fulfils its task. It’s an admirable attempt it just doesn’t quite live up to its full potential.

THE LEGEND OF BARNEY THOMSON

Barney Thomson (Robert Carlyle), awkward, diffident, Glasgow barber, lives a life of desperate mediocrity and his uninteresting life is about to go from 0 to 60 in five seconds, as he enters the grotesque and comically absurd world of the serial killer.

Full of humour and a great British cast in the likes of Carlyle (who also directed this insane comedy), Emma Thompson and Ray Winstone, The Legend of Barney Thomson is dark and has made full use of its Glaswegian locations. The only down side is you may need to take a translator with you to the cinema to make sense of what the hell they are saying.

OUR PICK OF THE WEEK: SOUTHPAW