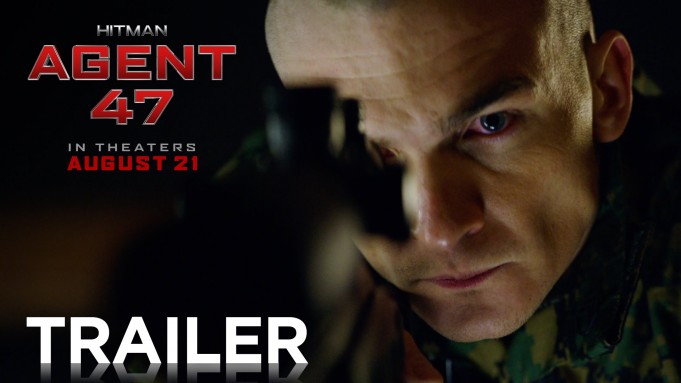 Each week, as Flavourmag’s resident Film Editor, I bring you my weekly roundup of new movies out in cinema. This week we have one stand out film by a mile in Straight Outta Compton, the rest just come across as hangers-on who have a cat in hell’s chance of achieving anything against this giant.

Genetically engineered from conception to be the perfect killing machine, he’s the culmination of decades of research, endowed with unprecedented strength, speed, stamina and intelligence. Known only as Agent 47 (Rupert Friend), his latest target is a corporation that plans to unlock the secret of his past to create an army of killers even more powerful than him. With help from a young woman, the elite assassin confronts revelations about his own origins in an epic battle with his deadliest foe.

Another attempt to bring a much loved video game to the big screen falls heavily on its face. It lacks any kind of story or personality, the only good thing about this film is the action scenes, but action scenes alone cannot save this film from a world where it will easily be forgotten.

WE ARE YOUR FRIENDS

Young Cole Carter (Zac Efron) dreams of hitting the big time as a Hollywood disc jockey, spending his days and nights hanging with buddies and working on the one track that will set the world on fire. Opportunity comes knocking when he meets James Reed, a charismatic DJ who takes the 23-year-old under his wing. Soon, his seemingly clear path to success gets complicated when he starts falling for his mentor’s girlfriend, jeopardizing his new friendship and the future he seems destined to fulfil.

A coming of age tale with a thumping soundtrack (if you like that type of music), but it oozes in shallowness and your typical crass teenage pick up lines which may want you to be a little bit sick in your mouth. We are your friends has absolutely no substance.

No matter what your views are on NWA, their brutal past, and their misogynistic lyrics, Straight Outta Compton is a must see film not just for your Hip Hop buffs but for all. This has to be one of the best biopic’s ever made.

A teenage special ops agent coveting a “normal” adolescence fakes her own death and enrolls in a suburban high school. She quickly learns that surviving the treacherous waters of high school is more challenging than international espionage.

Barely Lethal is an adequate enough film, adequate enough for a rainy Sunday afternoon when you have nothing better to do. It’s cute, fun and at times amusing but with a storyline full of flaws and an A-List cast to mislead its audience it leaves you feeling just a little bit flat.

OUR PICK OF THE WEEK: STRAIGHT OUTTA COMPTON.