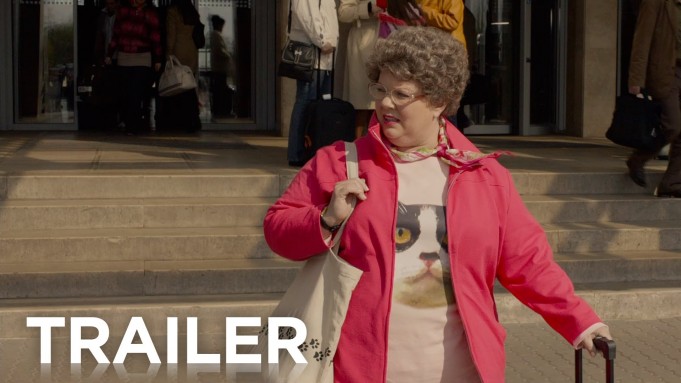 I’m Zehra Phelan, Flavourmag’s resident Film Editor and Entertainment Journalist, each week I bring you my weekly roundup of new movies out in cinema. This week we have Melissa McCarthy giving our male-based Spy films a run for their money in Comedy Spy, an Independent starring Idris Elba in Second Coming, An ever-growing horror franchise in Insidious Chapter 3 and an action-thriller which will send you to sleep in Survivor.

Susan Cooper (Melissa McCarthy) is an unassuming, deskbound CIA analyst, and the unsung hero behind the Agency’s most dangerous missions. But when her partner (Jude Law) falls off the grid and another top agent (Jason Statham) is compromised, she volunteers to go deep undercover to infiltrate the world of a deadly arms dealer, and prevent a global disaster.

Melissa McCarthy totally shines and makes Spy a must see movie, with humour and gags that have been missing from many a comedy these days. What is also refreshing is that her character Susan puts to shame and give the likes of Bond and Jason Bourne a run for their money too.

See if you liked: Get Smart, Johnny English

Set in present day London, Jackie (Nadine Marshall) is pregnant and knows it’s not her husband’s (Idris Elba). She says she hasn’t slept with anybody else, now she doesn’t know if she is losing her mind. Communication, trust and intimacy are at the heart of this warm, fearless family drama as Jackie struggles to explain news of her pregnancy. Over the course of a year the film follows Jackie, husband Mark and their 11 year old son JJ (Kai Francis Lewis) as this ordinary family struggles for answers as accusations start to fly.

A Second Coming is an intimate look at what goes on behind closed doors of any family speaks too many who experience the same kind of situation. It can be a little slow in places, but this weird yet wonderful atmospheric independent film is acted really well by its main actors.

See if you liked:

This chilling prequel, set before the haunting of the Lambert family, reveals how gifted psychic Elise Rainier (Lin Shaye) reluctantly agrees to use her ability to contact the dead in order to help a teenage girl (Stefanie Scott) who has been targeted by a dangerous supernatural entity.

Many times do we groan when we hear a horror franchise has invested in yet another chapter, but this outing is a little different even if it does revert to old every now and again, it can be quite frightening for the more hardened amongst us and it surely is intriguing.

See if you liked: The Insidious franchise.

After being mysteriously framed for a terrorist bombing, a Foreign Service Officer (Milla Jovovich) must evade government capture and death by a ruthless assassin (Pierce Brosnan) in order to stop the real perpetrators’ master-and much deadlier-plan.

As action thrillers go this is one major bore fest, from the ridiculous messy plot to its lack of imagination. All I can say is what is the point of spending all this money on making a film which is so obviously so bad it’s going to flop.

See if you liked: November man, Olympus has fallen.

OUR PICK OF THE WEEK: SPY