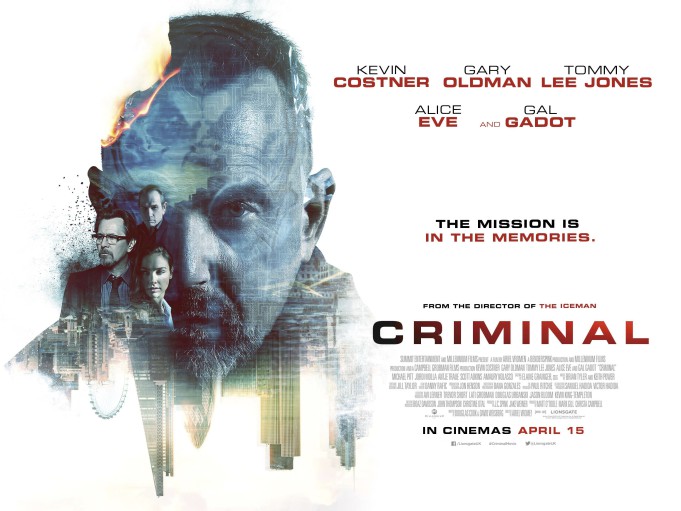 Directed by Ariel Vroman and full of big Hollywood names such as Kevin Costner, Ryan Reynolds, Gal Gadot, Gary Oldman and Tommy Lee Jones we are sure to be in for a stellar ride of optimal thrills.

CRIMINAL follows a CIA operative (Reynolds), whose memories and skills are implanted into an unpredictable and dangerous death-row inmate (Costner) in a last-ditch effort to stop an international terrorist plot.