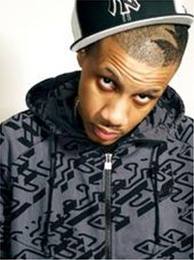 After the success of “SnapBack” Mr Midas returns with yet another track to get our heads bopping again, with the hit single “Scream My Name”. Urban Music Award winning artist Mr Midas joins forces with Birmingham’s finest, Lady Leshurr and Grime veteran Durrty Goodz to bring us this scorcher. Lady Leshurr has worked with some of the hottest artists in the UK including Dot Rotton, P Money and Badness, she is well known for her distinct and unique sounding voice and lyrical flow and is one of the hottest MCs in the game right now, being able to MC over everything from Bashment to rnb.

Durrty Goodz has worked alongside some of the best MCs in the UK including Big H, Big Narstie, Dot Rotten, Black the Ripper and Shizzle and also well known for his versatility in grime, Hiphop, Bashment and rnb

“Scream My Name” is the first release from Mr Midas’ up and coming E.P. This up-beat summery buzz showcases Mr Midas’ versatility, with the use of singjaying on the track, used in bringing that charisma and charm to the forefront of his sound.