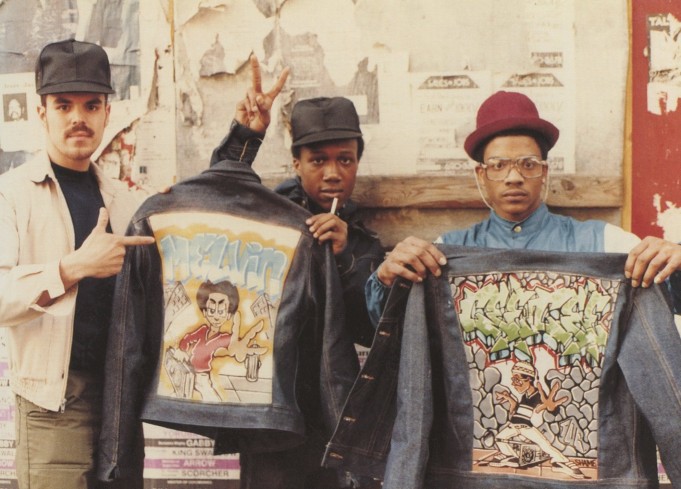 The lack of any real ‘Big’ films this week just goes to show that the film companies have strategically pulled any release once they saw the release date for the new Bond instalment of Spectre.

There is no point releasing a film the same week as any Bond, they simply know who’s going to win the battle of the box office. So unfortunately this week is a little thin on the ground. Take a look at this week’s new releases in cinema.

Fresh Dressed is a re-telling of the evolution of hip hop culture from the South Bronx to Paris Fashion Week. A glimpse inside the complex relationship between fashion and hip-hop, and the hustle and swagger that brought baggy pants and graffiti-drenched jackets from the streets to high fashion catwalks and Middle American shopping malls. Director Sacha Jenkins draws from a rich mix of archival materials from the 70s, 80s and 90s and present day in-depth interviews with more than 70 music and fashion industry luminaries including: Pharrell Williams, Kanye West, Nasir Jones, Dapper Dan, Big Daddy Kane, Riccardo Tisci and André Leon Talley.

You can’t fault this on its soundtrack of old school Hip Hop but remember it is a fashion documentary which lacks any real deep educational value on its subject. The Nostalgia element will only keep you going for so long before you lose any real interest.

When the heir of the Imperial throne becomes the target of an assassination by his despised older brother, the young prince must flee the kingdom and seek protection. His only hope for survival is a reluctant war-weary crusader named Jacob, who must overcome his own personal demons and rally the assistance of a mythical outlaw known as The White Ghost. Together they must fight side by side in an epic battle to return the prince to his rightful place on the throne.

I cry for Nicholas Cage’s career. This film is so bad it’s actually funny, that coupled with Cage’s extremely over the top performance will have you crying with laughter. Director Nicholas Powell should stick to his original career of a stunt man and leave the rest to the professionals.

SPECTRE (released on the 26th)

A cryptic message from the past leads James Bond (Daniel Craig) to Mexico City and Rome, where he meets the beautiful widow (Monica Bellucci) of an infamous criminal. After infiltrating a secret meeting, 007 uncovers the existence of the sinister organization SPECTRE. Needing the help of the daughter of an old nemesis, he embarks on a mission to find her. As Bond ventures toward the heart of SPECTRE, he discovers a chilling connection between himself and the enemy (Christoph Waltz) he seeks.

The humour is light and at times camp and Craig seems to excel at this and his bullish charm, He simply was made to play Bond. Visually the cinematography is explosive. Whilst Spectre is highly entertaining, it seems to have gone back to its classic Bond roots. However, once you hit the second half of the film it just seems to lose its way leaving you feeling just a little cold and not really having any real emotional connection with what’s unfolding. It’s simply no Skyfall.

OUR PICK OF THE WEEK: SPECTRE.