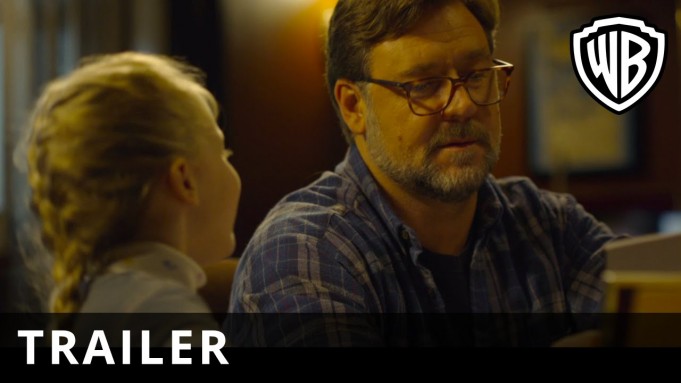 This week’s new releases in cinema consist of some big hitters from Hollywood and surprisingly most of these actors are British in the forms of Maggie Smith, Michael Fassbender and Kate Winslet, oh and let’s throw in the Australian Russell Crowe. Thankfully, none of this week’s films are a disappointment.

Fathers and Daughters is a love story between a father and daughter living in New York City. The story moves back and forth between the 1980’s where Jake Davis (Russell Crowe), a Pulitzer-winning novelist and widower, struggles with mental illness as he tries to raise his 5-year old daughter, Katie (Amanda Seyfried), and 30-year-old Katie’s life in present-day Manhattan where she battles the demons that stem from her troubled childhood.

This is a heartfelt story, but the love interest between Amanda Seyfried and Aaron Paul may leave you feeling a little cold.  Fathers and Daughters is a sentimental journey that will have you reaching for the tissues.

The Lady in the Van

Lady in the Van tells the true story of the relationship between Alan Bennett (Alex Jennings) and the singular Miss Shepherd (Maggie Smith), a woman of uncertain origins who ‘temporarily’ parked her van in Bennett’s London driveway and proceeded to live there for 15 years.

Lady in the Van is just a perfect little film full of humour and touching moments that will have you reaching for the tissues (thankfully towards the end). Most of all The Lady in the Van is Quintessentially English.

Starring Michael Fassbender as Jobs and a host of phenomenal actors, Steve Jobs is set backstage at three iconic product launches and ending in 1998 with the unveiling of the iMac, Steve Jobs takes us behind the scenes of the digital revolution to paint an intimate portrait of the brilliant man at its epicentre.

Like the Social Network brought a human touch to the somewhat cold world of technology, Danny Boyle has made a cinematically enticing, warm-blooded story of determination and fatherly love that will keep you thinking long after you’ve left the cinema.

OUR PICK OF THE WEEK: STEVE JOBS