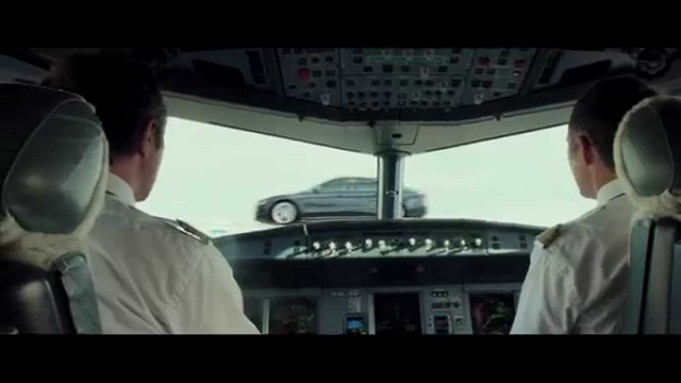 Each week, as Flavourmag’s resident Film Editor, I bring you my weekly roundup of new movies out in cinema. This week we’ve got a few big stars gracing our screens but not very convincingly.

The stand out performance for us has to be Ed Skrein emerging like a phoenix from the flames as he takes over from Jason Statham in The Transporter Refuelled. That said there are also a couple of other films worthy of your cash too.

RICKI AND THE FLASH

It’s been a roller-coaster ride for Ricki Rendazzo (Meryl Streep), a one-time wife and mother of three who left her family behind to follow her dreams of rock ‘n’ roll stardom in California. Now, the singer and guitarist must face the music when she returns home to Indiana to reconnect with ex-husband Pete (Kevin Kline), troubled daughter Julie, engaged son Josh and younger son Adam. Filled with regret, Ricki hopes to find redemption for all of the bad choices that she made in the past.

Whilst there were a few moments scattered throughout the film which will make you laugh and the performances where kind of believable Ricki & the flash was dull and the storyline weak. It felt like a complete anti climax, waiting for something to happen and nothing quite materialising will leave you feeling a little disappointed.

Frank Martin (Ed Skrein) is living a less perilous lifestyle, or so he thinks, transporting classified packages for questionable people. Things get complicated when femme fatale Anna and her three accomplices orchestrate a bank heist and the kidnapping of Frank’s father. It’s all part of a grand plan to take down the human trafficker who victimized her years earlier. Now a pawn in her vengeful scheme, the former special-operations mercenary must use his covert skills to play Anna’s dangerous game.

With stunning views of the sun-drenched Cote D’Azur, The Transporter: Refuelled is action packed with your standard fight scenes and car chases but feels Fresh, slick and classy with a more character driven, humanised storyline.

ME AND EARL AND THE DYING GIRL

Greg, a high school senior who avoids deep human relationships as a way to safely navigate the social mine field that is teenage life. In fact he describes his best friend Earl, with whom he makes short-film parodies of classic movies, as being ‘more like a co-worker’. But when Greg’s mum insists he spends time with Rachel – a girl in his class who has just been diagnosed with cancer- Greg discovers just how powerful and important true friendship can be.

Get your tissues ready as this will make you shed a tear but it will also make you laugh, great performances from the three main cast members makes you feel for the characters. It’s a well rounded film which could just be one of those hidden gems.

Small-town stoner Mike Howell (Jesse Eisenberg) spends most of his time getting high and writing a graphic novel. What Mike doesn’t know is that he was trained by the CIA to be a lethal killing machine. When the agency targets him for termination, his former handler activates his latent skills, turning the mild-mannered slacker into a deadly weapon. Now, the utterly surprised Mike must use his newfound abilities to save himself and his girlfriend from getting smoked.

American Ultra tries a little too hard to be a cult classic film, even though Eisenberg and Kristen Stewart have that star chemistry needed between two characters it’s just a bit too messy and very much a dopey over the top shoot-em-up gone into overkill.

High-school senior Malcolm (Shameik Moore) and his friends Jib (Tony Revolori) and Diggy (Kiersey Clemons) bond over ’90s hip-hop culture, their studies and playing music in their own punk band. A chance encounter with a drug dealer named Dom lands Malcolm and company at the dealer’s nightclub birthday party; when the scene turns violent, they flee — with the Ecstasy that Dom secretly hid in Malcolm’s backpack. A wild adventure ensues as the youths try to evade armed thugs who want the stash.

Dope has that John Hughes type feel. Doesn’t always flow well but is full of crass humour, lots of energy and has a mass appeal for its target audience.

OUR PICK OF THE WEEK: THE TRANSPORTER REFUELLED.