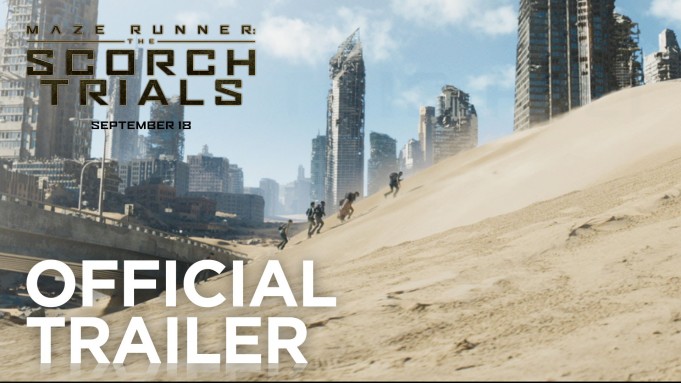 Each week, as Flavourmag’s resident Film Editor, I bring you my weekly roundup of new movies out in cinema. This week we’ve got one clear stand out film in Legend, we aren’t just saying that as we are big fans of Tom Hardy, it really is a great film with a great double performance from the man himself.

The others well there just a bit take it or leave it, Our money is on Legend making the most money at the box office this week.

Identical twin gangsters Ronald and Reginald Kray terrorize London during the 1950s and 1960s. The relationship that bound them together was one of gruesome violence and crime, one that led to their downfall and imprisonment for life in 1969.

The only criticism I have to give this is Emily Browning’s depiction of Francis is just a bit mediocre and the film’s running time of just over two hours is just a bit too long. Legend is funny, touching and a breath of fresh air to a story told over and over again. Tom Hardy is pure genius.

Becca (Olivia DeJonge) and younger brother Tyler (Ed Oxenbould) say goodbye to their mother as they board a train and head deep into Pennsylvania farm country to meet their maternal grandparents for the first time. Welcomed by Nana (Deanna Dunagan) and Pop Pop (Peter McRobbie), all seems well until the siblings start to notice increasingly strange behaviour from the seemingly charming couple. Once the children discover a shocking secret, they begin to wonder if they’ll ever make it home.

The Visit does try it’s hardest to be a good horror it’s just a little dull with only a handful of scares, it just spends way too much on a build up with no real explosive conclusion that should come part and parcel with these films.

Soon after arriving to teach at a small town college, Abe gets involved with two women: Rita Richards (Parker Posey), a lonely professor who wants him to rescue her from her unhappy marriage; and Jill Pollard (Emma Stone), his best student, who becomes his closest friend. While Jill loves her boyfriend Roy (Jamie Blackley), she finds Abe’s tortured, artistic personality and exotic past irresistible. Even as Abe displays signs of mental imbalance, Jill’s fascination with him only grows. Still, when she tries to make their relationship a romantic one, he rebuffs her. Pure chance changes everything when Abe and Jill overhear a stranger’s conversation and become drawn in. Once Abe makes a profound choice, he is able to embrace life to the fullest again. But his decision sets off a chain of events that will affect him, Jill and Rita forever.

Irrational Man has an abundance of beautiful cinematography; in fact its soft hues almost feel autumnal, and with its subtle gentle humour gives it a warm fuzzy ambience, which for basically a thriller is a bit strange but it seems to work. Unfortunately for this film it just has no oomph making it seem just a tiny bit flat.

Thomas (Dylan O’Brien) and his fellow Gladers battle the powerful organization WCKD while facing the perils of the Scorch, a desolate landscape filled with dangerous obstacles.

With no originality, the Scorch trials will leave you feeling just a tad confused and unsatisfied. Like most sequels, it lacks the same momentum its predecessor set making you wish they stopped at the first film and didn’t bother wasting the money making another.

OUR PICK OF THE WEEK: LEGEND.