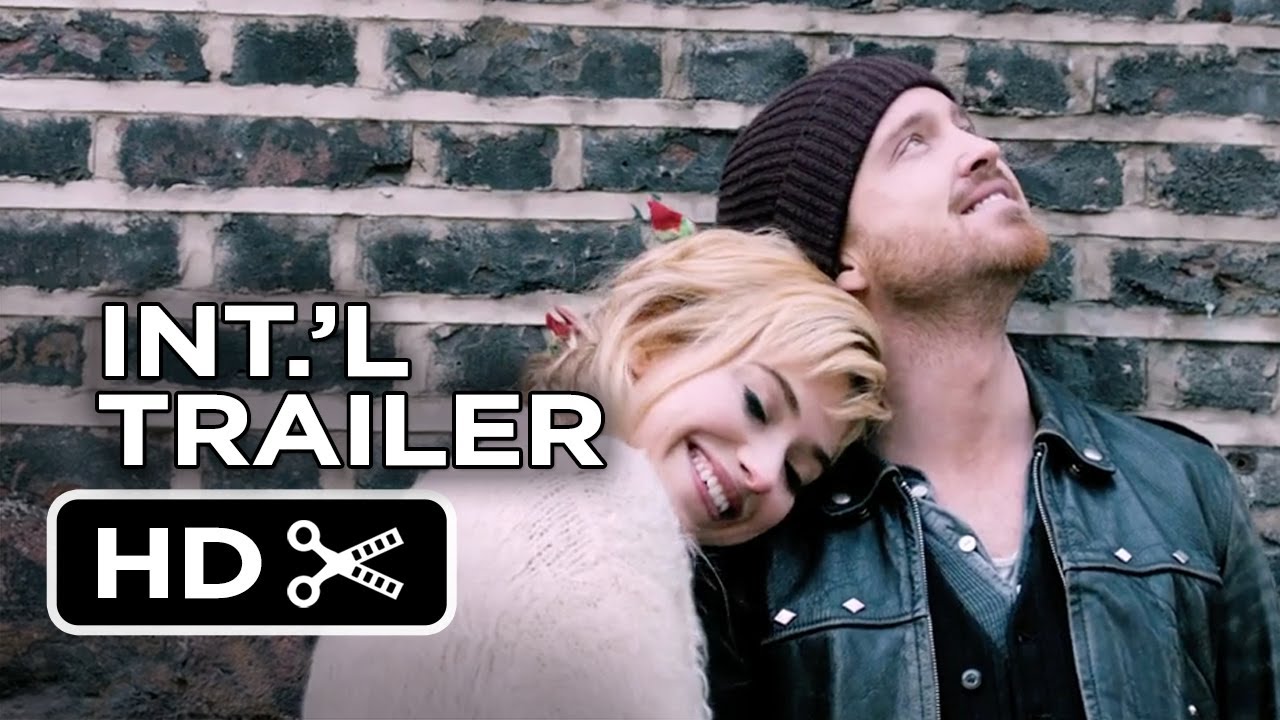 A LONG WAY DOWN

One New Years Eve, Martin Sharp (Pierce Brosnan), a disgraced TV Presenter, Maureen (Toni Collette), an isolated single mum, Jess (Imogen Poots, A full-mouthed teen and J.J. (Aaron Paul), a pizza delivery man feel they have nothing left to live for. By sheer chance they all come together as strangers at exactly the same suicide spot, a London High-rise with the well earned title of Topper’s Tower. After making an initial bond with one another they all agree to put off their plans to commit suicide for six weeks, forming an dysfunctional family and soon becoming media sensations  as the Topper House four they search together to  find the exact reason why they should keep on living.

A Long Way Down is a dark comedy based on Nick Hornsby bestselling novel; you may know him better as the creator of About a Boy and High Fidelity. Even though this film centres on the dark theme of depression, angst and promiscuity it has a light hearted feel so it won’t pull you into the dark recesses of your own mind, so don’t expect anything to deep and meaningful. It does exactly what it says on the tin. Actually, it may even make you nod off for that well earned 40 winks.

SEE IF YOU LIKED: New Year’s Eve, About A Boy

Danny (Michael Ealy) and Bernie (Kevin Hart) are best friends living in Chicago. Danny is a lonely man just wanting to be loved, so when he meets Debbie in a bar he grabs onto the opportunity by having a one night stand which quickly turns into a full blown relationship. The rest of story follows both men on their journey with new love but can their relationships survive in the real world considering they started in a bar and then the bedroom?

About Last Night is actually a remake of the 1986 comedy film of the same name which starred a very young Rob Lowe and Demi Moore in the lead roles. This version brings a more modern contemporary feel to the table as they change up the race of the cast and bring a bit more swagger and stupid one liners to the storyline. For those that are familiar with the original you could very well be intrigued by how the film makers have rejuvenated this dated film. For those new to this story, it’s just a bit of harmless fun, good for giving yourself a bit of a lift on a dull night out.

SEE IF YOU LIKED: Think Like A Man, Jumping The Broom

Adele Wheeler (Kate Winslet) is a lonely, divorced, depressed single mum with only her 13 year old son Henry (Gattlin Griffith) as the man in her life.  Finding it difficult to leave the house on her own, Henry goes everywhere with her and for her.  On a rare trip to the supermarket they stumble across an injured Frank Chambers (Josh Brolin), an escaped convict. Forcing Adele into “giving him a ride” to their house he ends up taking refuge for the next four days under their roof.  Totally oblivious to them  what happens over the course of the next few days changes all their lives forever,  Frank and Adele grow extremely close and forge a simply love affair and their own little family and even Henry is moulded into the man he will become as they harbour this fugitive from the law.

With cameos from Tobey Maguire and a rapidly aging James Van Der Beek as a nosey, annoying cop, this compelling drama doesn’t quite pull on the heart strings too much. It’s not a weepy in a sense until the last 10 minutes, when quite frankly even I had to fight back the tears. It’s just a nice little warm, tender film which would be best placed to watch on a chilled out Sunday afternoon.

Check out our FULL REVIEW of Labor Day here.

SEE IF YOU LIKED: The Reader, Revolutionary Road

19 year old Eric Love (Jack O’Connell) is a very troubled teenager, spending most of his time in a young offender’s institute he now finds himself making a difficult transition into an adult prison. With his violent background, Eric seems destined to spend his life behind bars. Then along comes the Prison Therapist, with his unconventional ways he is hell bent on helping Eric overcome his past and turn over a new leaf. Thankfully for them both they have the assistance of the prison’s longest serving inmate, Neville (Ben Mendelsohn) who just so happens to be Eric’s father. Will there be a happy ending for this wayward teen?

Starred Up is an extremely tough British drama, it’s a pretty brutal and violent watch so it’s not for the faint hearted. The storyline, you may find is pretty cliché for the prison thriller film but with the personal twist and turns and the amazingly fearsome charismatic, swagger of O’Connell’s acting it’s pretty compelling stuff. You’d be pretty damn stupid to miss this little gem.

MY PICK OF THE WEEK: STARRED UP.