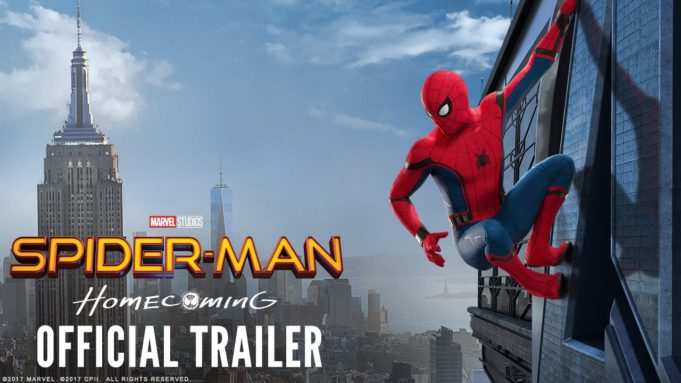 The brand new spidey gets a brand new trailer and teaser posters for the upcoming release of Spider-Man: Homecoming.

The new trailer gives us a full on look at Michael Keaton as the villain and Tom Holland as Spiderman, a young superhero taken under the wing by Tony Stark aka Ironman aka Robert Downey Jr. whilst idolising this hero against his wishes.

The Homecoming cast consists of Tom Holland as our all new spidey, Michael Keaton who has come full circle from superhero to villain as Vulture, Zendaya, Jon Favreau, Donald Glover, Tyne Daly with Marisa Tomei and Robert Downey Jr.

A young Peter Parker/Spider-Man (Tom Holland), who made his sensational debut in Captain America: Civil War, begins to navigate his newfound identity as the web-slinging super hero in Spider-Man: Homecoming. Thrilled by his experience with the Avengers, Peter returns home, where he lives with his Aunt May (Marisa Tomei), under the watchful eye of his new mentor Tony Stark (Robert Downey, Jr.). Peter tries to fall back into his normal daily routine – distracted by thoughts of proving himself to be more than just your friendly neighbourhood Spider-Man – but when the Vulture (Michael Keaton) emerges as a new villain, everything that Peter holds most important will be threatened.