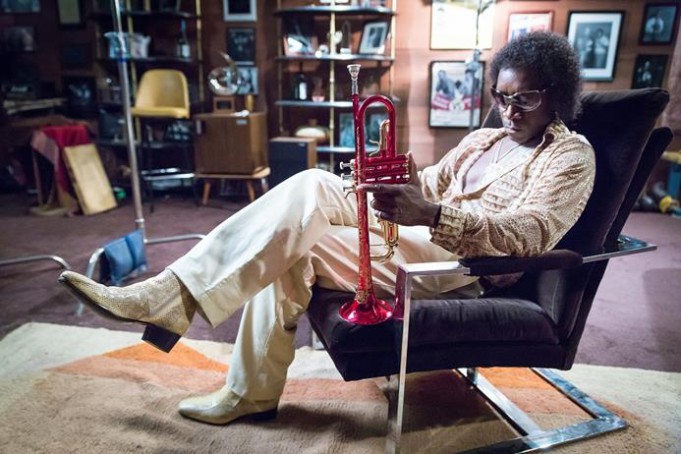 Icon Film Distribution have today released all-new stills from Miles Davis giving us a glimpse of Don Cheadle as the man himself.

What he gets instead is a wild and dangerous ride-along with a recording artist living at his edge, rife with shootouts, car chases, and a tale of lost love to the singer Frances (Emayatzy Corinealdi).