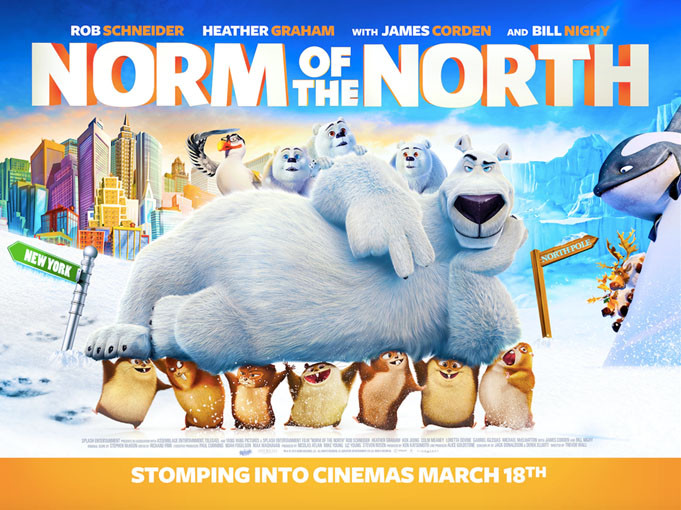 Sliding onto the internet is the New UK trailer for Norm of the North, this should get you feeling all warm and fuzzy on hump day.

A polar bear of many words, Norm’s greatest gripe is simple: there is no room for tourists in the Arctic. But when a maniacal developer threatens to build luxury condos in his own backyard, Norm does what all normal polar bears would do…he heads to New York City to stop it. With a cast of ragtag lemmings at his side, Norm takes on the big apple, big business and a big identity crisis to save the day.

In addition to our loveable hero, Britain’s favourite comedian and finest export, James Corden, whips up a (snow) storm as the voice of thespian ‘polar bear impersonator’, Laurence.

Directed by Trevor Wall, the furry adventure also features the voices of Rob Schneider as Norm; Heather Graham as high-flying marketing exec with a conscience, Vera; Bill Nighy as wise bird, Socrates; and Colm Meaney as ‘King of the Arctic’, Grandfather. NORM OF THE NORTH has been created and produced by Splash Entertainment (Bratz, Horrible Histories and He-Man Masters of the Universe).

Norm will be Arctic shaking his way into cinemas on 18th March, 2016.