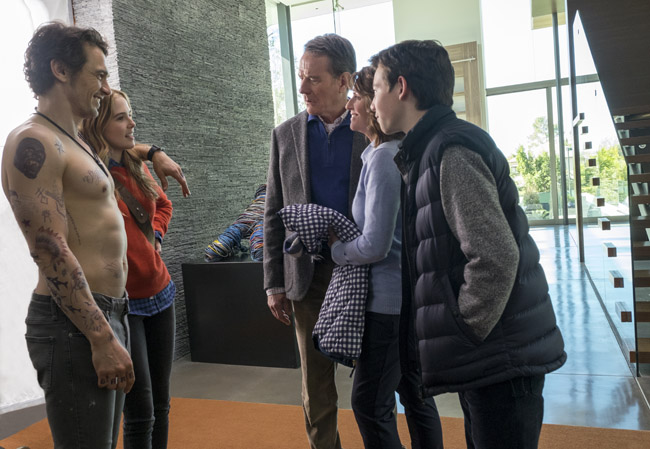 A brand new and hilarious trailer for WHY HIM? has today been released by Twentieth Century Fox.

Starring James Franco as Laird (who has absolutely no filter) and Bryan Cranston as the straight-laced Ned, directed by John Hamburg and produced by Shawn Levy, Ben Stiller, Jonah Hill and Dan Levine, WHY HIM? will be arriving in cinemas on 26th December.

Over the holidays, Ned (Bryan Cranston), an overprotective but loving dad and his family visit his daughter at Stanford, where he meets his biggest nightmare: her well-meaning but socially awkward Silicon Valley billionaire boyfriend, Laird (James Franco). The straight-laced Ned thinks Laird, who has absolutely no filter, is a wildly inappropriate match for his daughter. The one-sided rivalry—and Ned’s panic level—escalate when he finds himself increasingly out of step in the glamorous high-tech hub, and learns that Laird is about to pop the question.