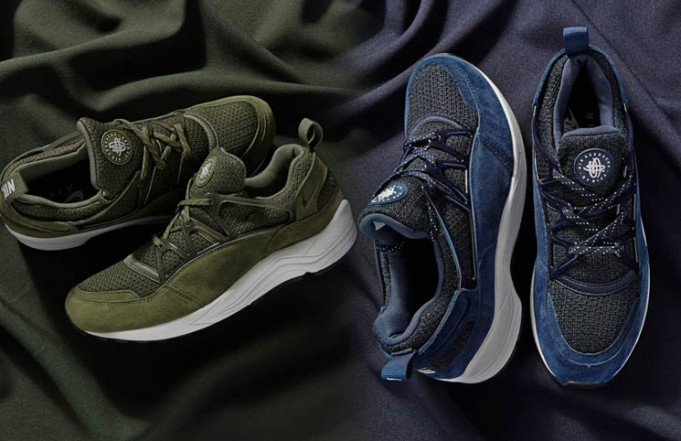 As the clock strikes twelve, the forest canopy congregates under the midnight sky, emphasising the extent of their expansive surroundings. Collages of thick green leaves chase cover to create a rich shade of olive as their counterpart sits directly above; a deep navy is created as dusk darkens into the dead of the day. Both shades share the horizon, as the two run parallel, conveyed with a 3M reflective fleck in the laces, reminiscent of the stars in the atmosphere around us. Built upon the iconic panelling of the Nike Air Huarache Light, the uppers have been constructed with a soft suede alongside a thick sandwich mesh.

The Air Huarache Light ‘Midnight Forest’ – size? Exclusive will release this Friday (7th November) at 8am in all size? stores. Both will be priced at £90 in UK sizes 6 – 12 (including half sizes).

Other new releases include, simply click here to start shopping Founded in 1975, Members Only was born to cater for the diverse American audience with their staple bomber jacket. With a clientele ranging from Frank Sinatra to Billy Joel, they gained critical acclaim throughout the 1980’s. Utilising iconic outerwear templates and silhouettes alongside tailored elements from the present day, Members Only is back; not only paying homage to their past but laying the foundations whilst continuing to build for the future.