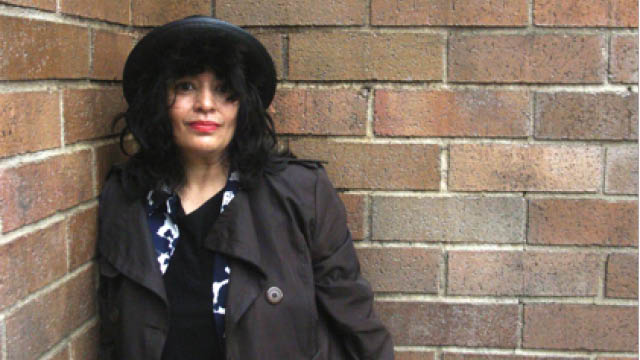 Didi Dilicious is an art-rock artist hailing from New York City and drawing inspiration from artists such as Chrissie Hynde in terms of songwriting, Joan Jett in terms of attitude and Nico from The Velvet Underground. Her energizing, unique and poetic avante-garde music will leave you intrigued.

She launches her self-titled album ‘ DiDi DLicious’ this December 19th on iTunes, with a pre-order available from November 21st. DiDi will be celebrating with an album launch release party also on December 19th at the iconic NYC venue ‘The Bitter End’ in Greenwich Village, which has hosted artists such as Bob Dylan, Jackson Browne and Curtis Mayfield.

Didi combines poetry and music to create something truly heartfelt and unique – as she explains,

‘My music is fresh and modern, the songs are written through my heart felt experiences that I believe people can identify with in one way or another. I feel my music can bring people together and show the love and compassion that everyone needs on this face of this planet.”

Currently working on their debut film clip, Didi DLicious and her original band will leave you energized and inspired. Drummer Will Haywood Smith has previously performed in venues such as Royal Albert Hall, live on BBC Radio and television and has toured internationally.

Didi DLicious has brought an interesting mix of sounds, music, art and poetry together for her debut self-titled album which will energize and inspire those who listen, forcing them to look deeper into their world and surrounding.

Join DiDi DLicious and her band at The Bitter End on December 19th to launch her debut self-titled album at this iconic NYC venue.

DiDi DLicious will be available worldwide on iTunes for pre-order from November 21st, and will be released December 19th.