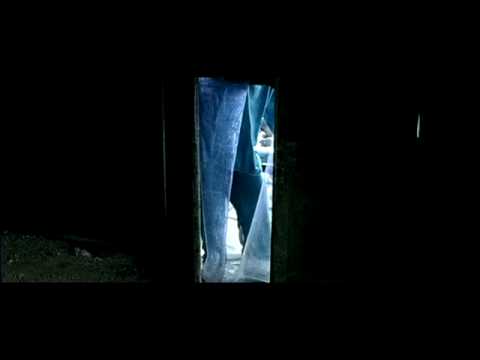 A part of the grime scene since before it was formerly known as grime, D Double E and Footsie are names that were once associated with the so called pioneers of the grime scene, the N.A.S.T.Y Crew. Shortly after leaving the Crew and forming their own collective, Dizzee Rascal stepped onto the scene and signed them to his independent label Dirtee Stank. Combining old school Drum and Base vibes with new age Grime to create a fresh and unique sound, allow me to reintroduce the unexpectedly bubbly, rhyming duo from East London communally known as the Newham Generals …

Newham Generals originally consisted of three members, Footsie, D Double E and Monkey. What happened to the third member?
Footsie: Munk just decided it wasn’t for him.
D Double E: Yeah he just decided to go a different route. I think he’s on the church flex now.
Footsie: It’s good for him you know what I mean. You can’t knock someone that’s chosen God as their route.

How long have you been in the grime scene?
D Double E: I would say since ’97.
Footsie: We’ve been doing this thing from before it started. Since Drum and Bass and Jungle was big. Grime wasn’t the first genre of music I got into, I was into loads of different music so it’s just been a progression.

Why do you think it has taken this amount of time to get to this stage?
Footsie: We’ve just been fine tuning our music, and like you said there was a third member so our sound was different and that needed to be retuned and more tunes needed to be remade. Also that Prodigy vibe and that rave feel that is present in our music hasn’t been in the music scene for a while now and so it was just about finding the right time to break through.

You’re signed to Dizzee’s label Dirtee Stank, do you feel like you’ll ever be perceived as riding off of the back of Dizzee’s success?
D Double E: Nah, we’ve always been holding our own from early.
Footsie: Yeah anyone that knows Newham Generals or Footsie and D Double separately knows that we’ve been putting in the work over the years. Any of the fans that we’ve gathered and will continue to impress are there because they’ve clocked that we stand for our own thing and we’re not just mirroring Dizzee’s efforts.

How did the opportunity to sign to Dizzee’s label come about?
D Double E: Dizzee approached me in 2005 to do a tune called Give Me More and then he heard one of my tunes D Double Signal and from that tune he wanted to sign me to his label.
Footsie: That was roughly when we left N.A.S.T.Y and we started Newham Generals. We were building a bunch of tunes just to show in case anyone came shopping. So we had a bag of beats and tunes we’d already done when Dizzee hollered at Double.

In what way do you think your association with Dizzee will affect your career?
Footsie: Dizzee’s massive our music’s massive, so just putting two and two together.
D Double E: Everything’s just massive. You went on tour with Dizzee, how big would you say the grime scene is elsewhere in the world?
Footsie: It’s big. Even when it was dying here, they were still caring around the world because they’re interested in what the UK has to say for itself musically. Over here people got into it and got used to it, but around the world they got into it and wanted more.
D Double E: In places like Europe they like it hard and they like things like Dubstep so it goes down real well.

How long has your forthcoming debut album Generally Speaking been in the making?
Footsie: I’d say about three years. You might as well say there’s been an album every year because it’s changed so much but we’re confident that it’s the best album we can put out right now.
D Double E: Yeah it’s evolved over the past three years. We’ve tested tunes from the album out on tour so we’ve seen what works and what doesn’t. We’ve got some straight club bangers on the album.

Your first single from the album Head Get Mangled has a bit of a Prodigy, Drum and Base feel to it, what influences your music?
D Double E: Just life really. The times we grew up in and all the music we listened to. It’s like we’ve been through all these different time warps.
Footsie: We grew up during the Drum and Base and Hardcore scenes and Grime is a relative of dance music. People tend to forget this so we’re going to bring that back.

How did you get Adam Deacon in the video?
Footsie: He’s a fan still, so he was just happy to work with us. We bumped into him at Dizzee’s Number 1 party and he was just showing love. We’ve got a lot of fans in the business already that are doing their own thing so it’s a good look.

What type of fan-base do you think you will gather?
D Double E: Anyone that likes to have fun mate!
Footsie: Or is looking for an early heart attack! We went to an NME event the other day and had Indie bands telling us that they’ve been listening to us for years. It’s weird to see these guys with tight jeans and different garms telling us that they know about us, but it just shows that our following is broad.

What else can people expect from the album?
Footsie: A heart attack man. You better just have St. Johns standing by it’s the best keep fit CD ever.

Do you think your future songs will have this affect on your audience?
D Double E: Yeah definitely, but we’ll be exploring different routes at different times because we’re artists.
Footsie: Yeah I think the core meaning of Newham Generals will always be in our music.

Do you have a favourite track from the forthcoming album?
Footsie: Nah, they’re all my children, I love them all!
D Double E: Exactly man.

With the new concept of swagger etc, do you think grime will survive?
Footsie: Yeah! It’s full of swagger but it’s just about how you go about it. We’ve got these fans from other places because our music sounds different and it’s grimey but it’s still full of swagger and they’ve clocked that.

Do you think being signed to a label will affect how grimey your music is?
D Double E: Nah definitely not.
Footsie: No way. As you can see from the album we don’t hold back and there’s no love songs, apart from Bell Them Slags. That’s a ghetto love song in my opinion, it’s just harsh and hard

What characteristics do the Newham Generals posses that will make them withstand the hands of time?
Footsie: We’re bubbly. Our music is a bit scary and people tend to think you’re going to be like your music so we’re like a breath of fresh air because we like to have a bit of fun. So other than the fact that our music’s better than everyone else’s, we’re likeable and that makes a big difference.

Are there any artists out there that you see as your competition?
Footsie: Nah I don’t deal with competition because we’re trendsetters. We’re in front, we do stuff and others follow.

What do you think of the current state of UK music?
Footsie: It’s on the up and we’re the guys to bring it back. The fact that the radio has to play 40% of British music now is helping matters and means a lot for artists like us, so I definitely think it’s on the up. We’re buying into the American high life less. People like 50 Cent and that are struggling to impress us, I mean you can’t tell me about fifty grand nothing, we’re in a recession!

What can we expect from you both in the future?
Footsie: World domination! I’m just working on the machine now that sorts it all out!

Generally Speaking will be released on Dirtee Stank in April. Head Get Mangled is now available to buy.