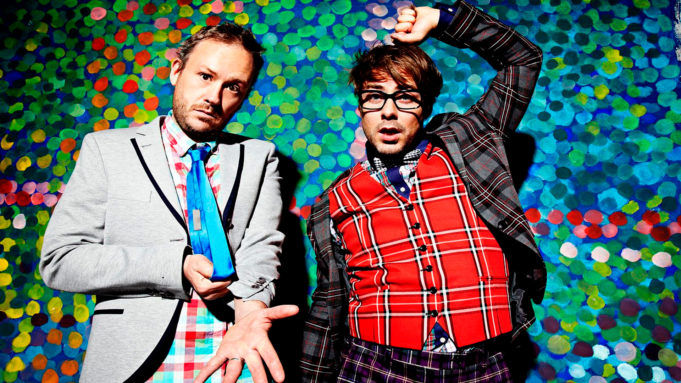 Basement Jaxx have today been added to the lineup for 51st State Festival 2017, bringing together a who’s who of house music royalty to London’s Trent Park on 5 August.

Remember, this is the 3rd edition of the UK’s vital festival for all fans of US House, Garage, Soul, Disco and Caribbean sounds, bringing together a who’s, who of the players that have single handily built these essential sounds.

From ‘Romeo’ to ‘Rendez-Vous’, ‘Good Luck’ to ‘Plug It In’, Basement Jaxx created the soundtrack to the ‘00s. After the success of their debut EP ‘EP1’, the duo surfaced from the underground house scene in 1999, reaching critical and commercial success with their first full-length ‘Remedy’. Now with two Brit Awards and a Grammy under their belt, the chart-topping pair continue to light up dance-floors across the globe, providing remixes for the likes of Yoko Ono, DJ Sneak and Erick Morillo and Louie Vega’s production team, Lil’ Mo’ Yin Yang.

If this isn’t enough to make you Jump ‘n’ Shout, the seminal Masters At Work are also due to make an appearance, fresh off the back of their stellar slot at IMS, which saw them bag the prestigious IMS Pioneer Award. Chicago house legend Derrick Carter, the inimitable Dimitri From Paris and Disco icon Evelyn “Champagne” King are also set to join as the festival enters its third year at London’s Trent Park on 5 August.

The party will continue into the night at the iconic Ministry of Sound as we celebrate the deep and intricate roots of house music across all four rooms. UKG elite DJ Norris The Boss Windross will be heading up the 103, with ‘Ruffneck Bass’ hitmaker Majestic, and old skool pioneer DJ Ray Hurley spinning garage classics.

51st State stage hosts and one of London’s biggest soul nights, We Love Soul, will be lighting up the Baby Box with cutting-edge soul DJ Jigs, and Soul II Soul’s Aitch B, while The Loft will left be in the very capable hands of the HouseFM.net crew.

With a whole host of very special guests still to be announced for the main room, this is sure to be a lock down. So sit tight, stay tuned and let us Take You Back To Our House.