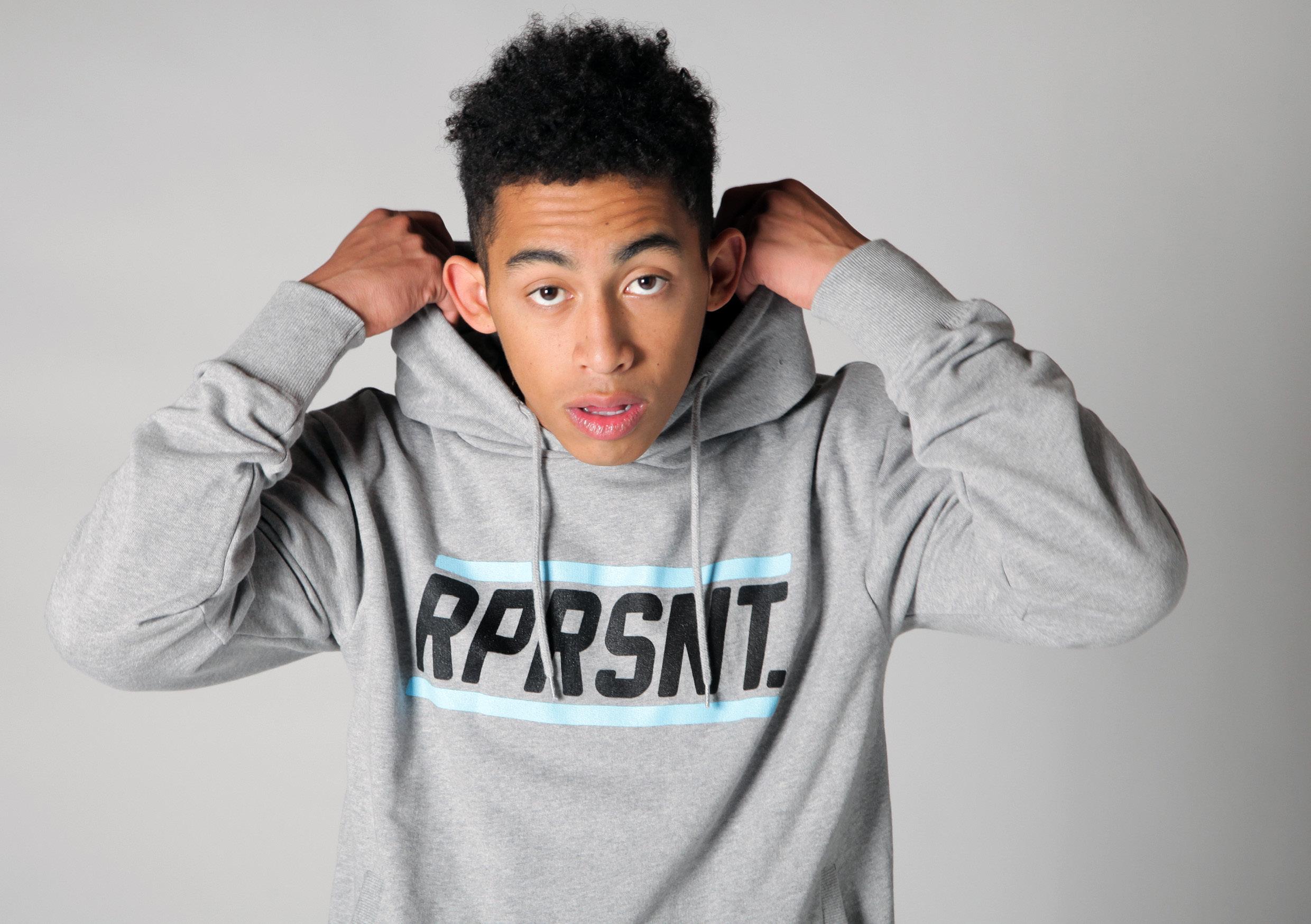 Young entrepreneur and designer George is only 19 and in his second year of university, but his brand REPRESENT. Clothing is soon due to be the next big thing. Having international success with his fresh clothing line, it’s only a matter of time until REPRESENT. clothing to blow up. What inspired you to start your brand?
My biggest inspirations at the time was brand owners/artists, Nicky Diamonds, Benny Gold, Shepard Fairey, along with hundreds of Illustrators.

Have you had an educational background in design?
Well I took Graphic Design at School, and carried it on through College, I’m currently in my second year of University, again studying Communication in Graphic Design.

Was it difficult starting a brand independently?
Yes, but difficulty is what pushes you harder.

How would you describe your brands style?
Somewhere between contemporary fashion and street wear.

There are so many brands out there, what differentiates REPRESENT. from other brands?
REPRESENT. is not a ‘t-shirt brand’, I dislike it when people name it this. We create every aspect of clothing, from hats, to pants, and this is what separates us from the independent clothing market that we originated from.

I know you built your clothing line in a time of economic crisis, how did you pass through this?
I figured if people want to support your brand, they will. You have recently collaborated with HYPE, how did that happen?
We started our clothing brands around the same time last year, and became friends through this, I have much respect for the owners of HYPE and what they’re doing. Which lead to us creating a collaboration piece at the perfect time.

Have you had any celebrity attention to your brand?
Yep! Mac Miller, Rizzle Kicks, Mikill Pane, A few DF artists such as Lunar C.

Rizzle Kicks are good looking boys, are you hoping to get some female supporters from having them feature in your look book?
A lot of our customers are Female, but yes, this will probably increase due to a lot of their fans being girls!

The boys seam to be strong supporters of your brand, how did this collaboration come about?
I met Jordan and Harley at a small festival last year. Lucky enough I was able to give them some stuff right there and then. Since that we kept in contact, moving on to bigger and better things with them, which is still to come.

What would you say is the worst and the best part about working in the fashion industry?
Both to me is Suppliers, The time consumption/unreliable sources/bad sampling being the worst, but when you get that perfect sample, that’s the greatest feeling. Have you got any advice for young designers looking to start their own brand?
Don’t rush, there’s absolutely hundreds of ‘independent brands’ budding from the UK right now, and 99% of them are rushed, don’t get me wrong, I rushed into REPRESENT. I didn’t fully know what I was doing at the time, but now the competition is so strong in starting up, taking a wider, more thoughtful approach into the market is the way forward. Don’t just create a Facebook page with a t-shirt coming soon!

Are there plans for REPRESENT. to expand?
The future holds MASSIVE plans, from British made waxed jackets this season, to custom cut patterned pants in Spring. I aim to improve on each season, so watch out!

The AW12 Collection drops on the 26th of this month, keep an eye open.

If you haven’t already, check out REPRESENT. Clothing on: