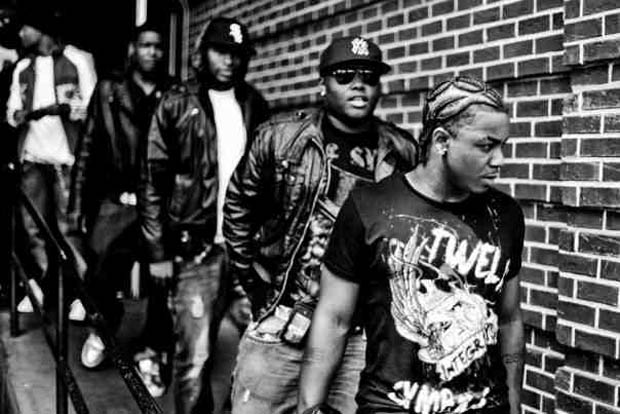 Brian Angel of RnB super group Day26 has been busy working on many feature collaborations, one of which includes an appearance on ‘Turn You On’ alongside US rapper Staxx. As you may know Brian and his fellow members (Willie, Robert and Michael) were all hand picked on MTV’s Making the Band 4 by Sean ‘Diddy’ Combs as five solo artists, but who would have known that Day26 would then become the biggest RnB boy band in America.

They went on to release two successful albums under the direction of Diddy and Bad Boy Records. However, since 2009 a few changes, including the removal of former member Que and their departure from Bad Boy Records have all taken place. I spoke exclusively with Brian to bring you the scoop on the latest with Day26, if they are still in contact with Diddy, how the band feels without Que, their highly anticipated upcoming album and the shocking moment when he found a naked fan hiding in his hotel room.

How was it working on your own without Day 26 on your feature appearance with Staxx on ‘Turn You On’?
I am always recording so it wasn’t hard but Staxx is extremely talented, so we had a lot of fun working together in the studio.

Are you planning to release more solo material in the feature?
I actually have tons of other feature collaborations, and I will be continuing to do loads more. You have achieved so much with Day26! Diddy has played a huge role in the Day26 journey, are you guys still in contact with him?
We are no longer with Bad Boy records, but Diddy is like a big brother to us all. And you know the saying, “it’s bad boy for life.”

We recently saw Day26 announce ‘Made Love Lately’ as their new single. Can you tell us a bit about it?
Well, the song was written and produced by our good friend Jim Beans. I personally think that it’s a great song to kick-start our third album ‘A New Day.’

What can we expect from the new album ‘A New Day’?
As a matter of fact, expect just real-heartfelt RnB music from the real Day26.

Is there a particular track or collaboration that you’re excited for the fans to hear?
I can’t speak on that, but I can say that the fams will love this album. I call our fans our fams because I look at them as extended family instead of fans or supporters.

You guys have been away for sometime, but now returning are you hoping to take things to another level?
Definitely! That’s why we’ve called our new album, ‘A New Day’.

There are rumors of a Day26 online reality show in the making, what can you tell us about that?
Yes, there is and if you would like to check it out then come visit us at www.Day26online.com

Day26 was originally a five piece band, how does it feel with just four members now?
Que is an extremely talented guy, and he was growing in one direction while the rest of the group was growing in another direction. But honestly, it wasn’t that different as the same sound was still there as well as the vibe. This Day26 train is moving and whoever gets on will stay on but if you don’t then you will get left behind. … [Laughs]…

After announcing on Twitter that we will be speaking to you, we’ve received a handful questions from some of your devoted fans for you to answer. Here are a few:

What do you look for in a lady? – Debbie
I like a confident woman, no particular race or size, confidence alone is sexy to me.

Where do you see yourself in 10 years? – Kira
I would have to say running my own label, (Ambassador Way Entertainment) while still making music and putting out records with Day26 a bit like New Edition.

Who would you collaborate with Nicki Minaj or Rihanna? – Ishana
Can I have both?… [Laughs]

What’s the craziest thing a fan has done for you? – Yasmin
I remember checking in to a hotel room and finding a girl hiding under my bed with nothing but her bra and panties on. It scared the hell out of me. I called security to come and escort her out. It was really scary.

‘Turn You On’ featuring Staxx is out now. The new single ‘Made Love Lately’ is now also available on iTunes and for more info check out www.Day26online.com