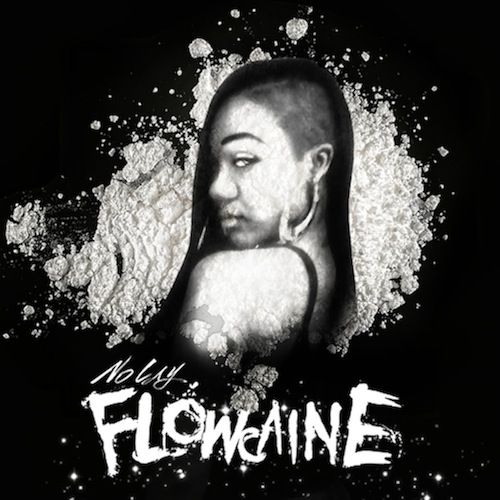 In terms of female spitters Nolay is right up there when it comes to iron clad destructive bars that come straight from the more aggy side of London town-it’s London and all that encompasses this sometime oppressive city seen from the eyes of Nolay who at the minimum is like a black mamba you have just irritated-it’s bars that attack your nervous system and cause tremendous amounts of trauma-and she got that sexy ride or die vibe umhhh “Nolay look at me I’m here”!

Nolay recently added further dimension to her artistry and unleashed the fact that she can also sing that ghetto fabulous sound where she does not serenade you but sings about the next hustle on the road or indeed some dude whose tried to get up on Nolay only for his game to be weak-terrible shame.

The end of the year sees Nolay offer up a tantalising present for us in the shape of her EP Flowcaine which is a genre mix of drum n bass, grime, dub-step and of course hip-hop.  I have always liked Nolay on something with a more hip-hop edge and she duly offers this up with the ominous dark hip-hop sound of Open Up The Clouds produced by New York based producer Scooty Jones. It is on hip-hop beats that I feel Nolay truly shows what she can do in the realm of verbalistic, fantastic over the top bars.

It’s a shame because I do not think that Nolay has attained nearly the status that she should here in the UK but if Nolay is on your track you know that it will be high energy.

She has all the right weapons for domination, tightly constructed bars, the ability to sing, bags of charisma and the ability to clash like a female Titan. Lock onto her website and her Utube channels for more-Nolay bring the fire!