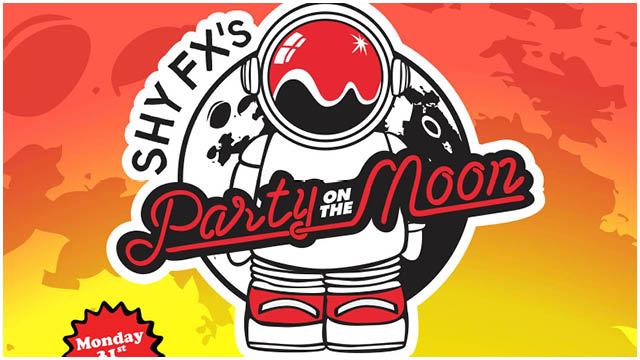 With Carnival just days away, we’re excited to today bring you the line-up for Shy FX‘s legendary stage! Rebranded under ‘Party On The Moon’ which landed at Love Saves the Day earlier this summer, and will be heading to Bestival next month – the line-up has been curated by Shy as he invites some very special friends to the party.
Rudimental, Skrillex, Craig David’s TS5, Gorgon City, Professor Green, Ms Dynamite, Sinead Harnett and Becky Hill are just some of the names that will be taking to the stage at Tavistock Road on Monday 31st August.
Skrillex says  “Big up to Shy FX, the Carnival don. His Party On The Moon stage is going to be fire!”

Craig David – “Growing Up listening to Shy’s music always made me think of Carnival. So to be bringing TS5 there for the first time, on his Party On The Moon stage, is going to be really special’.

Rudimental – “We are so excited to be coming back to Carnival this year, so doing our thing for Shy FX’s Party On The Moon stage with Skrillex and obviously Shy himself is a big deal for us – bring on the good vibes!”

Gorgon City – “So hyped to be playing the Party On The Moon Stage with Shy and the full crew. Always best vibes at Carnival! Going to be big!!”

MistaJam – “For the past few years, Shy‘s stage has been the only reason why I’ve even ventured to Notting Hill and the vibes on the day never fail. This year, with his new upgraded Party On The Moon, it looks better than ever. Big love to big broShy for having me on this – it’s gonna be a roadblock!”
Related: The Flavourmag Sound Stage at the Notting Hill Carnival