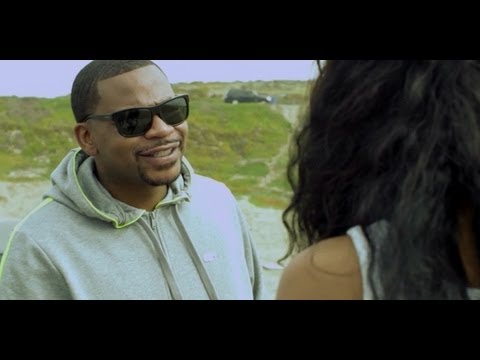 Obie Trice is the rapper from Detroit, who Eminem introduced to the world on his single ‘Without Me,’ by saying “Obie Trice, real name, no gimmicks.” He was the first rapper signed to Shady Records, but as we reveal in this interview left due to problems with Interscope. Now after a six year hiatus, Obie Trice is back with his own label Black Market Entertainment, and his new album ‘Bottoms Up.’ Shireen Fenner speaks to the Obie about the shooting which killed Proof from D12, his own shooting thus the reason for taking a break from music, working with Eminem and Dr. Dre on his new material and more. You have become involved in trying to increase the opportunities and possibilities for young people in Detroit to pursue music. What was available to you when you were starting out?

For me it was just the hip hop shop in Detroit, Maurice Malone was a clothing designer here in Detroit, and we had this cypher that we used to used to go and perform and do our thing in this little boutique clothing store, with hardwood floors and print t-shirts with prints on them insinuating different things hanging on the walls. There was a DJ booth a DJ would be there scratching and putting on instrumentals for people. There would be guys from all over Detroit, who would come here on a Saturday afternoon just to showcase their skills. That was defiantly one of the places where I started.

What makes a Detroit rapper stand out from other American rappers? What is it about being shaped by Detroit that is unique?

How does being shot in the head change your perspective on life?

Yes it did, it told me to sit my ass down (laughs) and stop hanging out so damn much. It definitely changed my perspective, I almost died from that situation, and the bullet is still lodged in my head. Three months later, Proof got a bullet to the back of his head but he didn’t make it. It definitely was a very eerie and morbid and overwhelming for me. I had to take a break from the media and being in the public eye. I just had to do what I had to do, that was one of the reasons for my hiatus. I always created music and I never stopped working in the studio making music it just wasn’t in the public eye. Then I wanted to establish my own company being that Interscope didn’t want to further an Obie Trice project

How different do you imagine your situation would be if you had not met Proof and been supported by him?

That’s kind of a hard question to answer. I met Proof at the hip hop shop but not as far as hanging out at that time. Our relationship got close when I was signed to Shady, but we did now each other. He was the one that told me to use Obie Trice as my name back in the day, I do love him and he loved me. I always put out music, back to the first question I put out music through a company called Buzz and a company called Landspeed and they distributed my music internationally. That was the outlet for me back then, and Eminem got wind of it and Proof was like I remember that dude, and that’s how things came about. Our relationship just really grew when we were on Shady together.

You have strong links with both Dr. Dre and Eminem. How would you best describe your relationship with the two artists?

Me and Eminem are brothers, we always make music together. It’s just a great relationship, we always have been close. It was a personal when we made ‘Richard’ and it was fun and hilarious in retrospective. Dr Dre is definitely on the same level, he sent me the beat, and I wasn’t actually in the studio with him when I made that record but he wanted to see me succeed and he knows that he has the sound that I like so I’m sure that we will continue to make music together.

What was the reason that you left your previous label and set up Black Market Entertainment?

It wasn’t a split up with Shady; it had more to do with Interscope and Jimmy Iovine. We kind of bumped heads and we couldn’t come to an agreement on furthering the business opportunity. It wasn’t feasible for the both of us and my people at the same time, this is Eminem’s boss, so Shady had nothing to do with that. It was an Interscope and Obie Trice thing. There’s no bad blood with Interscope or Jimmy Iovine, that’s what I kind of explain in some of the songs on ‘Bottoms Up.’ Shady was always supportive and will be my family forever.

How has the reaction been so far to your latest mixtape ‘Watch the Chrome?’

The reaction was pretty good, it was a good look. I definitely wanted to warm up my fans and the people that have been waiting for a long time, and let them no I apologise for the hiatus and things like that. It was to let them know I’m still here with the music, I never really left, and that was basically it.

Why did you call the mixtape ‘Watch the Chrome?’ Is there a story behind it?

I appreciated the ‘Watch The Throne’ album that Kanye and Jay Z made.’ Watch The Chrome’ is the environment that I come from; I wanted to incorporate how things are in my neighborhood and my upbringing where everyone carries a pistol. The chrome is the coating on a gun. I wanted to put that in there and change it up a little bit. I’m definitely still a fan of ‘Watch The Throne’ and that’s where the inspiration came from.

What can we expect from your forthcoming album ‘Bottoms Up?’

I had to pull Eminem’s tooth to produce a record on the album because he doesn’t produce records anymore, he doesn’t go on the beat machine anymore. I wanted to have that old feel also as well for my fans, and then with the Dr Dre joint I wanted to have some of Dre’s influence on the record as well. I got up and coming producers from Detroit on the records that are very talented. It’s like vintage oldie, you can ride to it, and it’s definitely a breath of fresh air from where hip-hop is right now. I believe a lot of people will enjoy it.

How does it differ from your older material?

I never really left so I’m always working, I’m just not in the media, and I’m always in the studio. I guess its just gradual development. I just continue to do what I do, and the records that feel good to me is the ones that I use.

What does Bottoms Up mean to you?

‘Bottoms U’p was supposed to come out on Shady Interscope and I was going to name it Debt. The situation had changed. ‘Bottoms Up’ for me now is a fresh start for me and it’s a celebration being because that I’m putting out an album on my own imprint, which is Black Market Entertainment. My mother had just passed from breast cancer last year, and she has this picture of me as a baby above her bed in her room so I took that and I was going through all the things and getting her stuff together all her photo albums when she passed away. I came across that photo and thought this is where it all began from, so I just wanted to use this photo as the album cover. ‘Bottoms Up’ I’m a drinker as well, so it all fits. You can buy by clicking here Obie Trice – Bottoms Up