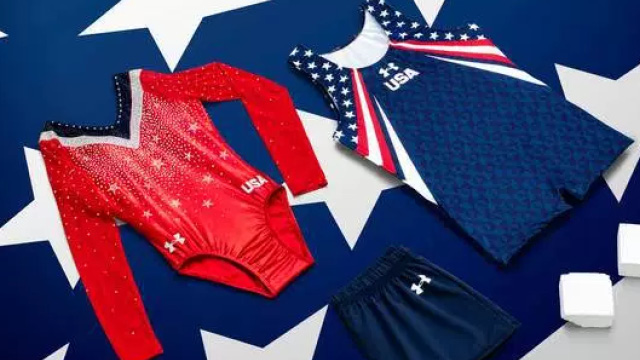 The United States women’s gymnastics team have made history by winning Gold at the Rio Olympics 2016.

The 8.209 point victory by the United States (185.238) over Russia (175.279) is the largest margin of victory at a major gymnastics meet under the current scoring system and they also became the first American women’s team to win back-to-back gold medals at the Olympics.

Winning in such a dominant fashion had given this young lady an historic victory that will go down in the record books.

And such a win deserves a winning outfit to match too. Team USA donned women gymnasts’ leotards adorned with close to 5,000 Swarovski crystals.

“Obviously, sparkles are not an element in the scoring,” former Olympic gymnast Samantha Peszek,. “But it’s part of the ‘look good, feel good, do good’ aspect.”

According to the BBC, in 2008, Nastia Liukin’s leotard for the Beijing games had 184 crystals on it. By 2012, Gabby Douglas had 1,188 on hers. Now that figure has nearly quadrupled.

“We’re in a crystal arms race,”

Fancy getting your inner gymnast on? Check out these stunning Leotards and body suits that are perfect for work or play.