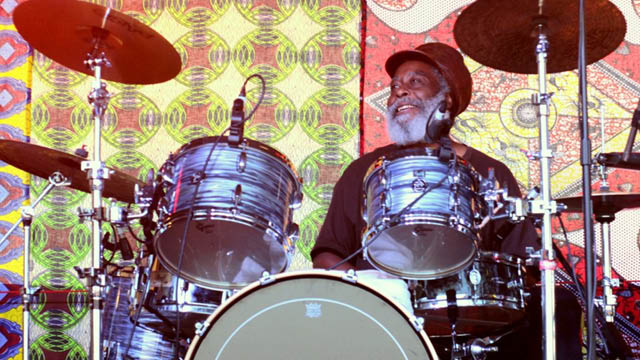 It seems ever more crucial that the world needs some peace and love right now; a large helping of humility and understanding to certify a harmonious planet for future generations to come.

Celebrating music, culture, food and people is what we need to do and there will be no better place to get involved in this than at this year’s One Love Festival at Hainault Forest Country Park, Chigwell. Taking place from 2nd- 4th September and now in it’s ninth year, One Love is a festival for those who are in synch with the peaceful messages of Reggae legend Bob Marley, who promoted the philosophy of One Love. With an impressive final announcement of headliners including JUNIOR REID, BIG YOUTH, HALF PINT, TAPPA ZUKIE, KABAKA PYRAMID & JAH9, who join the ranks of hundreds of other international heavyweights, this years festival looks set to be one of their best. Each year the lineup grows but the mission never changes, with a community of like minded music fans wishing for a friendly, creative and chilled few days, this is an event for all ages.

The UK’s No.1 Reggae & Dub camping festival also has a transport first, riding the wave of tfl’s night-tube service which will allow ticket holders the opportunity to stay until closing and why would you want to go home early? Organisers have described the 3 day event as “a melting pot: a multi-cultural, multi-ethnic, free trade and environmentally-friendly event. One of the most diverse and unique festivals in the UK.” So if like me you feel Notting Hill Carnival simply isn’t enough to celebrate Reggae Roots culture, or if you’ve always wanted to immerse yourself with the sound of the Caribbean, One Love Festival will be bringing that Jamaican flavour to the outskirts of London. Supplying festival attendees with authentic food, music veterans and up and coming musicians, alongside stalls that embody the rasta lifestyle. On the bill is dub pioneer and inventor Lee ‘Scratch’ Perry, who has graced the stages of Coachella, won a Grammy for ‘best reggae album’ and featured in Rolling Stone’s 100 greatest artists of all time. Catch him alongside Max Romeo who had several hits with The Emotions and made his UK breakthrough with single ‘wet dream.’ Kabaka Pyramid and Jah9 will be cause for celebration, since catching the attention of roots fans over the past 3 years; with sell out performances, they are a force to be reckoned with and will ignite listeners with their radio-ready hits. With countless fans, their sets will be met with jubilation, just as Half Pint predicts for his own performance. The dancehall vocalist said of being invited to play at One Love Festival “it is such an honor to be asked to play, nothing will come close to the energy that Half Pint will deliver and the vibes that will be rocking through the festival when we hit the stage!” Quite the confident performer, Half Pint’s set will surely possess energy, exuberance and style, epitomising the feel of dancehall. The three day festival will welcome a mass of UK festival performance exclusives, including Saxon Sound Marquee, The Reggae Choir, Big Youth, The Congos and Battle of The

Dubplates… just to name a few. But back to the festival’s headliners which comprise of Junior Reid, famed for ‘one blood’ and ‘this is why I’m hot,’ which some may recognise as it was sampled in US rap star Mims same titled track. Big Youth who you may remember covered Ray Charles ‘hit the road jack,’ is a reggae DJ catalyst, with an extensive catalogue of anthems that will cause nostalgia and hysteria as he co- headlines. He says of the pleasure “it’s pretty surreal and I’m excited to be a part of it.” Dan Wiltshire also commented: “This year really is a big one for One Love Festival. Seven headliners across three days – it’s a first for us and the UK Reggae scene.

The festival will be one to close summer in style and with so much love and loyalty from their fans travelling from across Europe and beyond, it’s apparent One Love has built up a festival that lends about a unique experience. Take from the weekend what you will; a chance to unwind, an opportunity to reminisce or to delve into a culture that embodies positivity, peace and love. Why not take advantage of the festival’s most in demand line up, the ever more transport catered location and its ever welcoming philosophy.

“When you experience ONE LOVE it is something not to be forgotten.” – Dan Wiltshire (Festival Director)